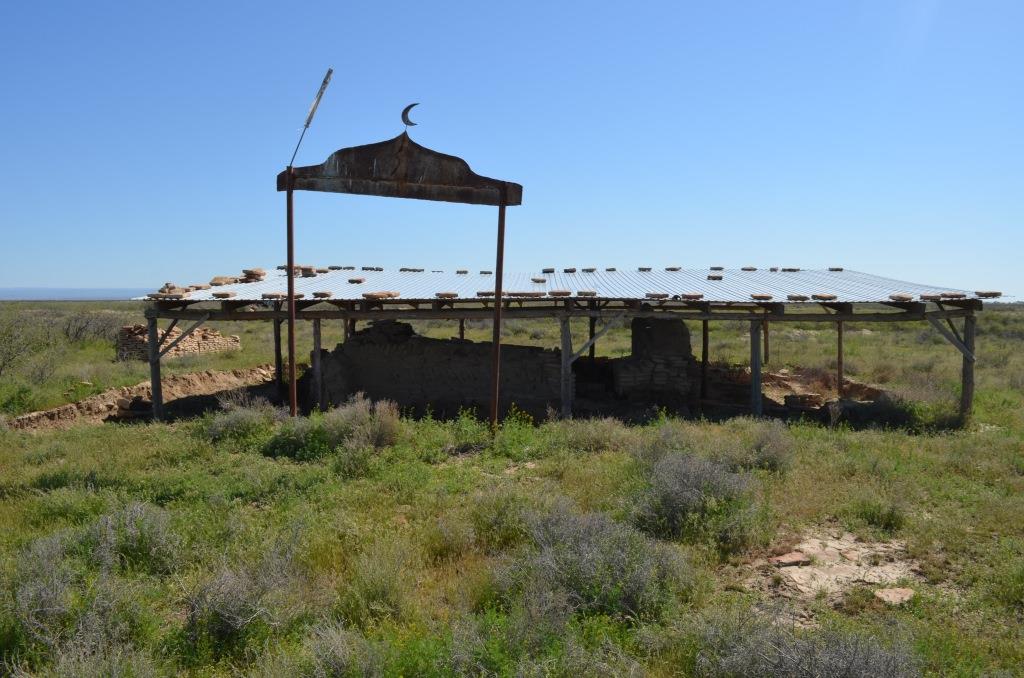 Located 45 km northwest of the city of Turkestan, on the territory of the Sauran archaeological site. The grave is 8,1, meters wide and 9,2 meters long. The lower part, which is the foundation of the grave, has been preserved and was made of fired ceramics 25-25 cm wide and 5 cm long and 5 cm high, and the upper part, destroyed under the influence of natural forces, was connected to clay brick. The grave, built in one chamber, had a dome faced with clay brick. A legend that has come down to our days from ancient ancestors tells that Saryny Zhalauly ata was a commander who became famous for his heroic courage on the path of spreading Islam. The Jalauly ata mausoleum was destroyed in 1950-1960s due to rain and snow water, the dome was destroyed and over the years turned into a blockage. It is not known who built the mausoleum, built at the end of the 19th century. Zhalauly ata, who became a mythical person, was a historical hero who lived in the 9th-10th centuries. This is the period of the formation of Islamic civilization on the territory of Kazakhstan. This opinion is confirmed by archaeological research carried out in the period from 2008 to 2010 under the leadership of E. Smagulov.