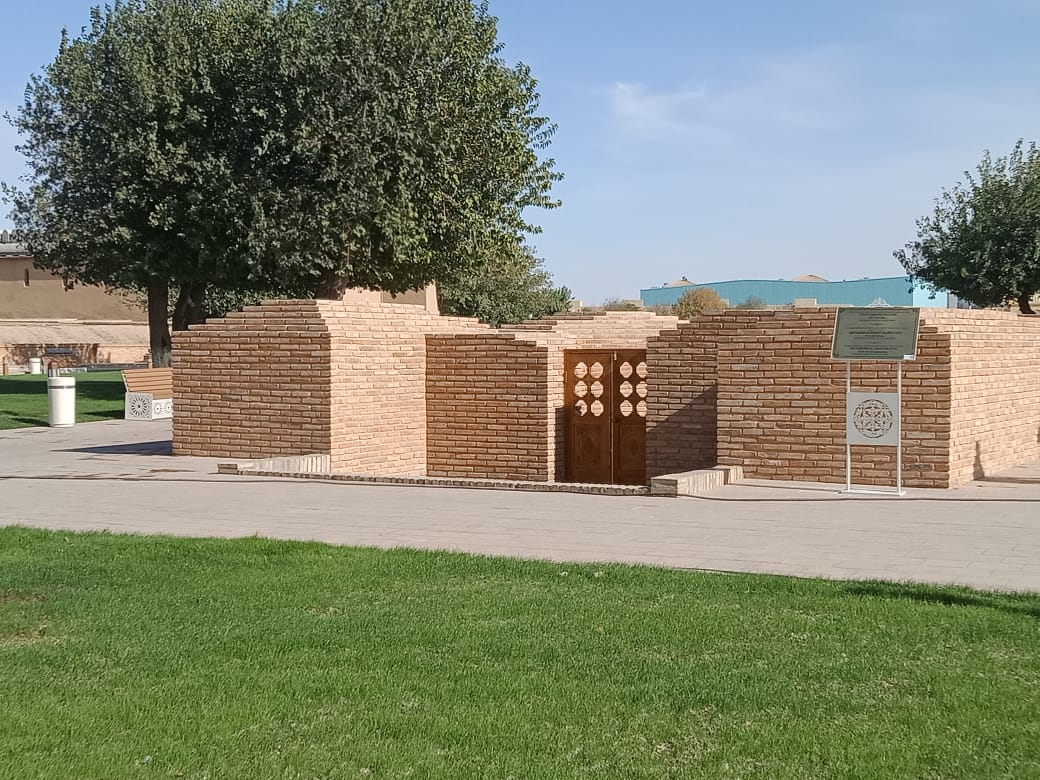 Monument of Republican significance. Located 40 meters from the southeastern tower of the mausoleum of Khoja Ahmed Yasawi.

As a result of archaeological research carried out by B.N. Nemtsova in 1958, T.N. Senigova in 1974, E.A. Smagulov, M. Tuyakbayev in 1997, three burials were discovered in an octahedral mausoleum. The archaeologist of the Turkestan archaeological expedition, M.K. Tuyakbayev, in his work “The Pantheon of Old Turkestan”, provides the following information: “The eight-sided mausoleum”, dating back to the ХVІІІ century, was built specifically for Tauke Khan. This was the time when the threat of attack from the Dzungars increased. It was difficult to build a huge mausoleum with an underground tomb and a 10-meter-high aboveground structure. Such a building, which did not have a foundation, would have collapsed already during construction. The fact that the tombstones were carved not of marble, but of sandstone, and the fact that this building was a copy of the mausoleum of Rabia Sultan Begim, testifies that there were no stone-cutters or poets who wrote Marcia verses on stone nor memorial architects who built the mausoleums. We are sure that the height of this mausoleum was only 6.9-7 m, the one-dome ceiling is 7 m high. Together with Tauke Khan, his sons Bolat (1724) and Sameke (1738) khans are buried in the mausoleum. In 2020, the walls of the mausoleum rose to the level of 2.5 meters from the RSE” Kazkaytazhanartu”.