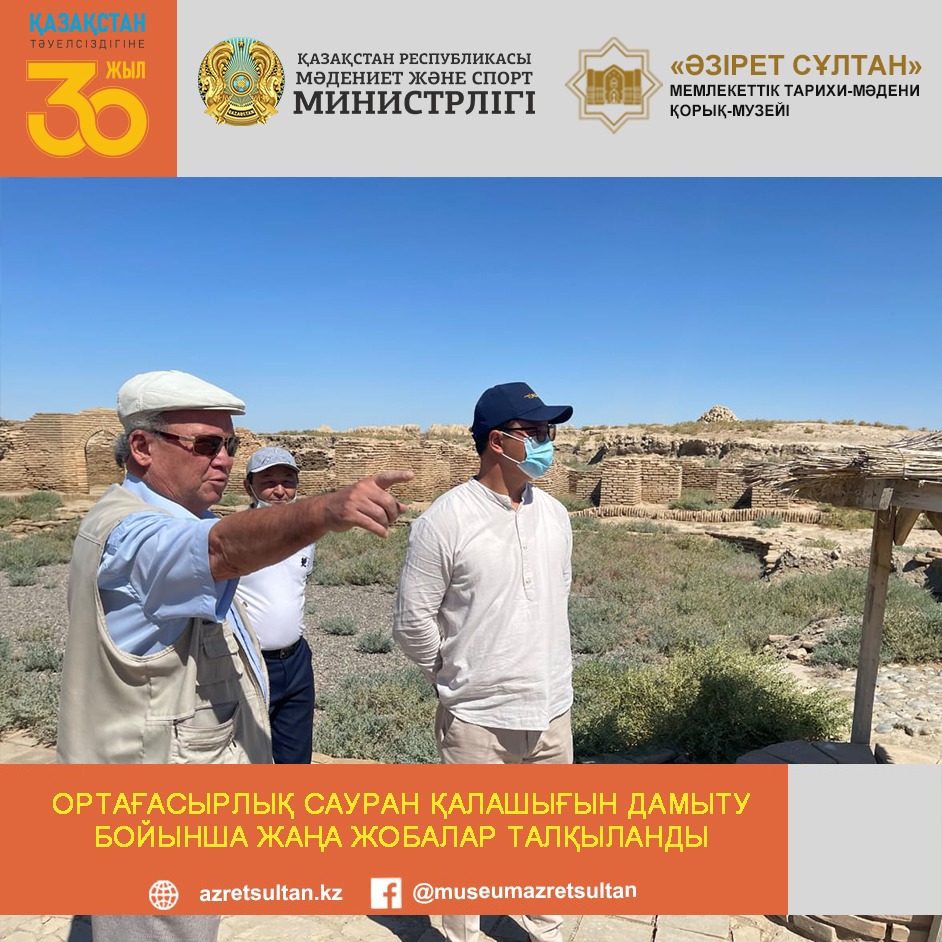 In this regard, acting director of the State Historical and Cultural Reserve Museum “Azret Sultan” Ersin Tazhibayev and candidate of historical sciences, archeologist, scientist Marat Tuyakbayev and other museum employees held a meeting on landscaping Sauran settlement, construction of a Visit center and increasing tourism potential.

The ancient settlement of Sauran, a city that flourished in the Middle Ages, is a monument of national significance in the Turkistan region, located 46 kilometers northwest of the city of Turkistan. Sauran settlement was known as an important strategic and commercial center of the Syrdarya Basin. In the middle of the XIII century Sauran became the capital of the Ak Orda (White Horde). At the end of the XIV century, the city was transformed into a military fortress by Amir Temur A large mosque was located in the settlement, which contributed to the spread of Islam in Kazakhstan. In the XVI century, Sauran was a large city surrounded by high towers. Among its large-scale structures, contemporaries specifically named the “shaking minaret” and the sewer system– an underground canal that supplied water to the city and its surroundings. Sauran weakened in the late XVII and early XVIII centuries, and was permanently destroyed in the early XIX century. Today, the historical city is surrounded by a fortress. 7 defensive towers are built at the gates and corners of the city, the length of the castle is 2,360 meters. Outside the castle, traces of trenches with a depth of 1-3 meters and a width of 15-20 meters have been preserved. You can enter the city through the gates.

The research proves that the city belongs to the VII-XVIII centuries. The goal of the State Historical and Cultural Reserve-Museum “Azret Sultan” is to turn the yellow steppe into a tourist destination, protecting the historical place, which reflects the original image of history.

Acceptance of documents for the Republican contest “Yasawitanu-2021” has begun