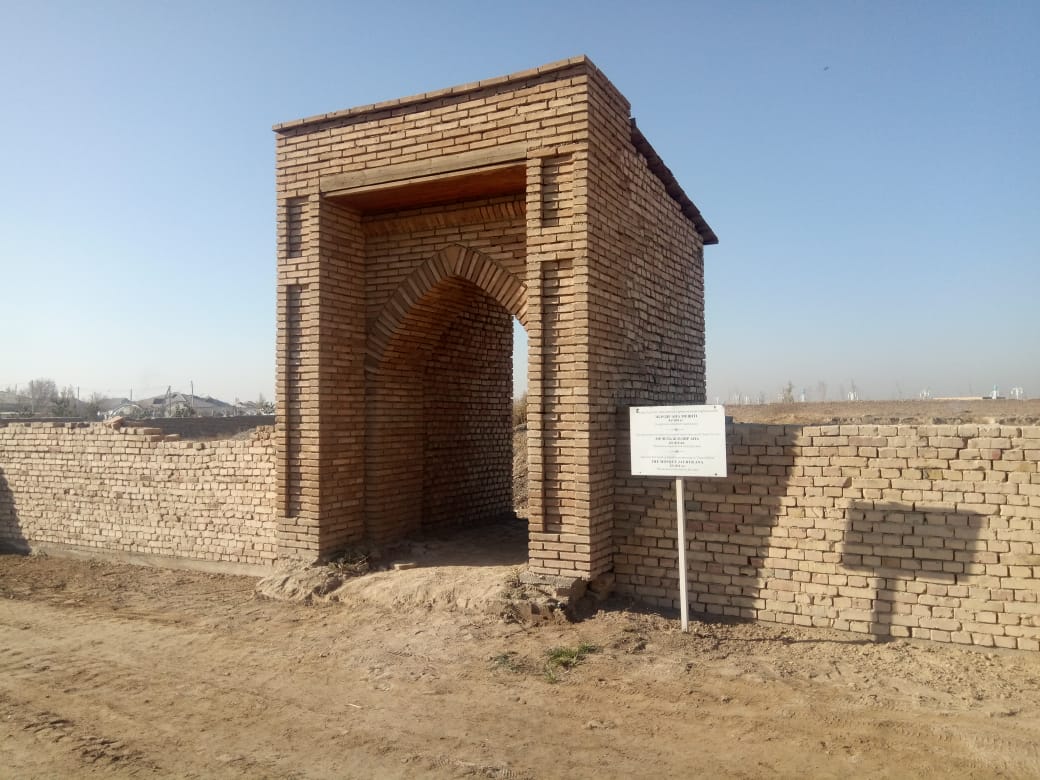 One of the mosques of the madrasah, which worked in the first half of the twentieth century in the city of Turkistan, and remained in the memory of residents as the Jaudir ana mosque. It is located in the immediate vicinity of the historical site with an area of 88.7 hectares, belonging to the state historical and cultural reserve-museum “Azret Sultan”. There is the following information about the healer Zhaudir ana, who was educated in a mosque in Turkistan in the 40s of the XIX century. Jaudir ana, who arrived in Turkistan, mainly lived in the vicinity of the mausoleum of Khoja Ahmed Yasawi. She taught at a madrasa, grew a garden. Her moral actions, as well as the fact that she taught and grew gardens remained in the memory of the local people.

Jaudir was born in 1810 with congenital diseases, they were corrected only when she turned 10 years old. At the age of 15, she became a famous beauty, and at the age of 18, that is, in 1828, she married a guy named Zhappas from the Ungut tribe and they had a daughter. But later, during the war, her husband died, and then her daughter, after which she returned to Turkistan. Here she received an education and became a healer.  According to researcher Kadirbay Sarmoldaev, she headed the Ahmet Yasawi madrasah-mosque in 1840s.  At that time, she was 30 years old. Jaudir visited Mecca twice. According to these data, in 1914, Satbai, Samurat residents arrived in Turkistan and took Zhaudir ana to her homeland with an appeal to “open a mosque and be an example”. According to the source, they agreed that she would teach children and build a mosque. According to the source, according to its conditions, a mosque was built on Kostanay land, in the Kamystinsky district, in the Karasu interfluve, Kindikty under Aulie Azim. Jaudir ana died at the age of 100 in 1918 and was buried next to Azim Aulie. The political, economic and other circumstances of 1918 did not allow to bury Zhaudir ana in Turkistan. Jaudir ana spent more than 60 years of her life at the Hazret Sultan building. She headed a mosque, taught and treated. Jaudir ana worked in the mosque and helped to ensure that students receive education. 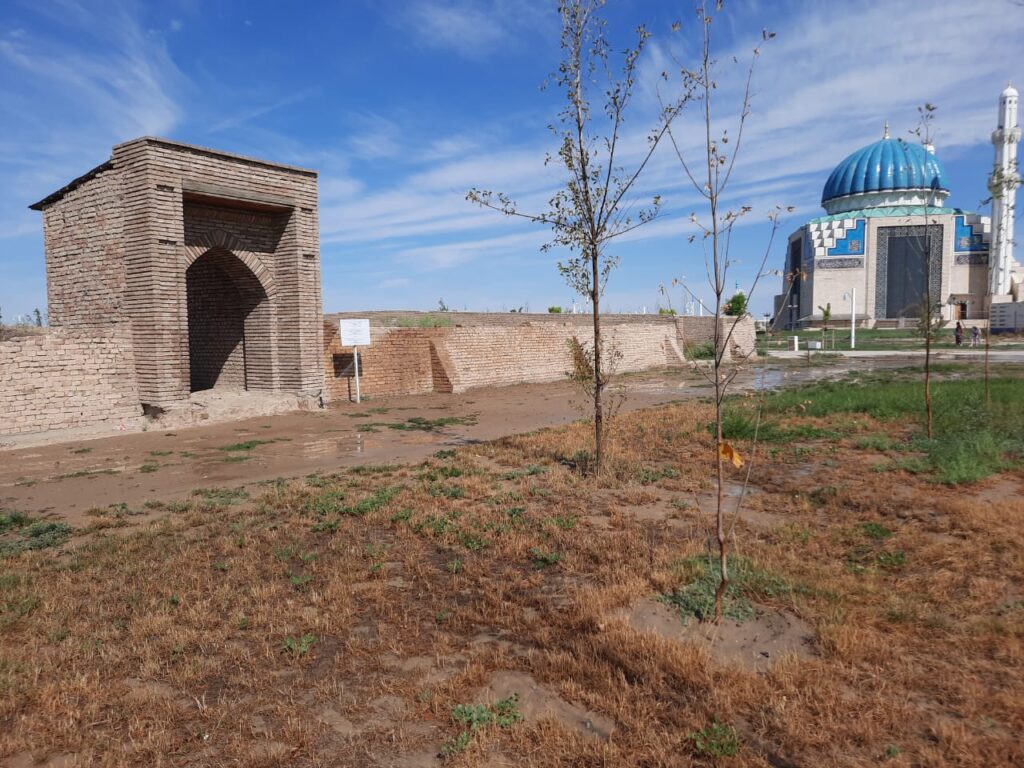 In medieval Turkistan, which changed the political situation and increased culture, mosques-madrassas had a great influence. The mausoleum of Khoja Ahmed Yasawi, built by order of Temerlan, changed religious views in the city and the region and contributed to the construction of numerous mosques-madrassas in the XIV century. According to the work of A. I. Dobromyslov “Город Сыр-Дарьинской области”: before the conquest by the Russians in 1864, there were 20 mosques in the city of Turkistan.  After the Russian conquest in 1908, the number of mosques increased to 41, and the number of madrasah schools – to 22. 1934-39 all religious places in Turkistan – Russian churches, mosques, madrasas – were closed and demolished. In that time the Bab Arab Mosque, the Kok Mosque and the Jaudir Madrasah mosque were demolished. In 2013, the archeology department of the State Historical and Cultural Reserve-Museum “Azret Sultan” carried out archaeological excavations in the mosque-madrasah Zhaudir Ana. As a result of the excavations, it was revealed that the Jaudir ana mosque-madrasah is surrounded by streets on four sides. In the center of the four streets, the trapezoidal courtyard of the mosque is fenced with a thick high fence. After deepening the workings by 20 cm, the upper construction layer is clearly visible. This structure was the main structure of the Jaudir mosque, built in the XIX century and consisting of three parallel rooms. In the center of the south-western wall in one of the rooms there is a mihrab-a recess 2.4 m wide, 1 meter deep, inside and in two frames completely plastered and carved patterns of plant origin. There was a stone plaque on the threshold. In the mosque and under the canopy, 240-250 Muslims could perform namaz, which exceeded 1000 people, including the 2300-meter courtyard of the mosque. The discovered fragments of ceramics showed that this structure was built on the site of an early building dating back to the end of the XIV century. As a result, a madrasa was built, consisting of seven rooms of different sizes. The courtyard of the mosque was entered by a large gate installed on Jana Shahar Street, passing through the eastern side. 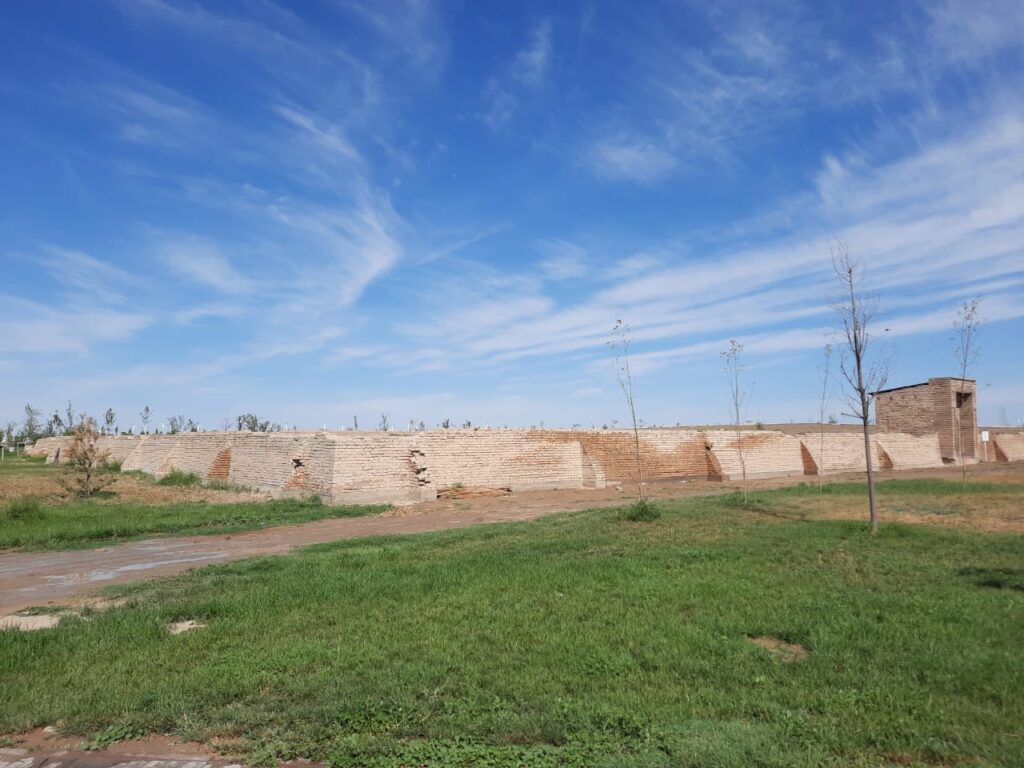 At the beginning of the twentieth century, the oldest (XIV) and most famous of the 62 mosques in Turkistan and its surroundings–the Jaudir ana Madrasa mosque was the only religious center elevated to the rank of an educational institution for the training of Koran reciters from an ordinary mahalla mosque. It occupies a special place among the mosques of Turkestan, as it is a training center for more than 60 of the above-mentioned mosques (Kari is a person who knows the Koran completely by heart), where only the most prominent scholars who can deeply understand, analyze, translate and convey the meaning of the Koran and hadith, Sharia teach.