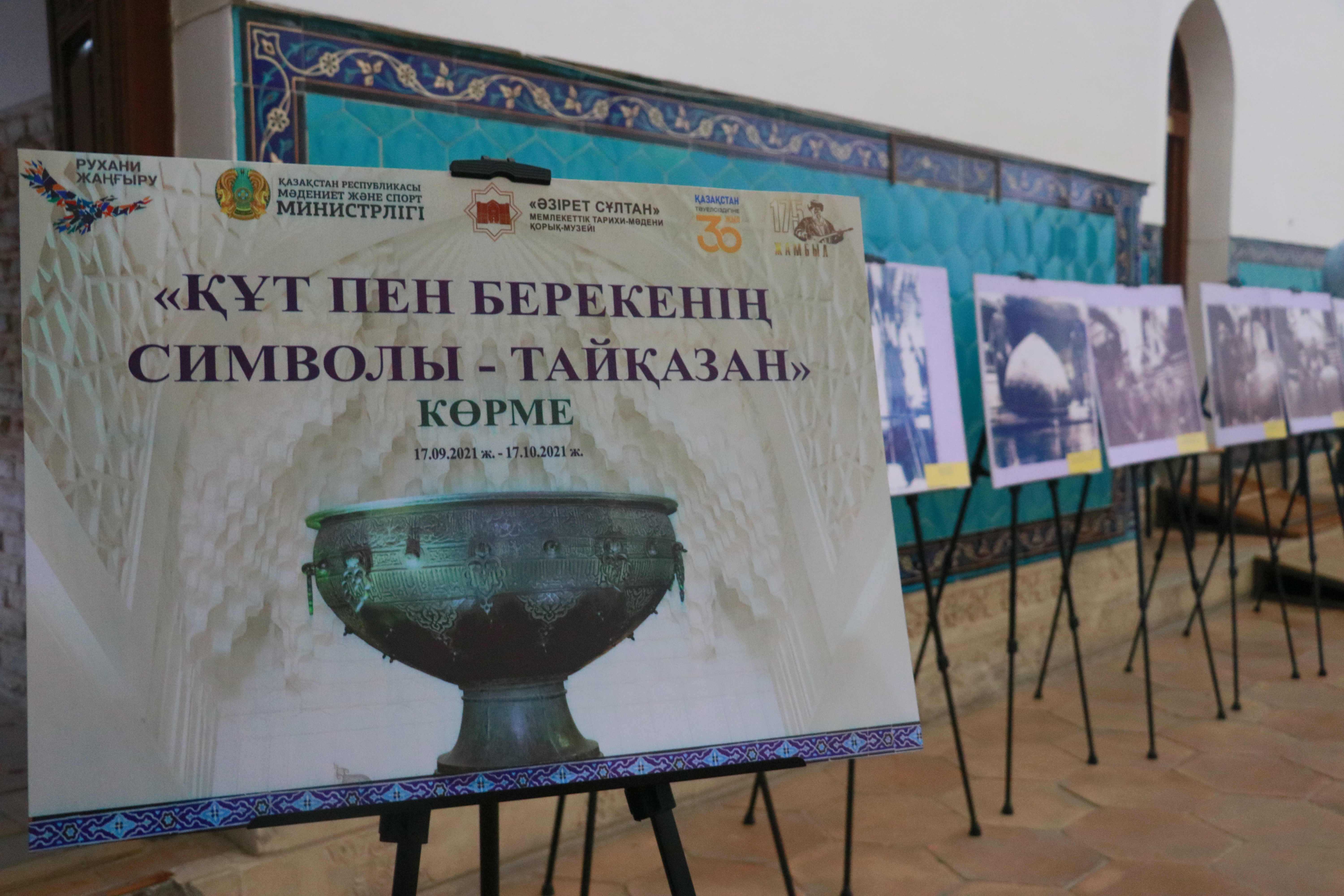 The mausoleum of Khodja Ahmed Yasawi opened an exhibition “Taikazan – a symbol of happiness and prosperity” dedicated to the return to the historical place of the sacred Taikazan. 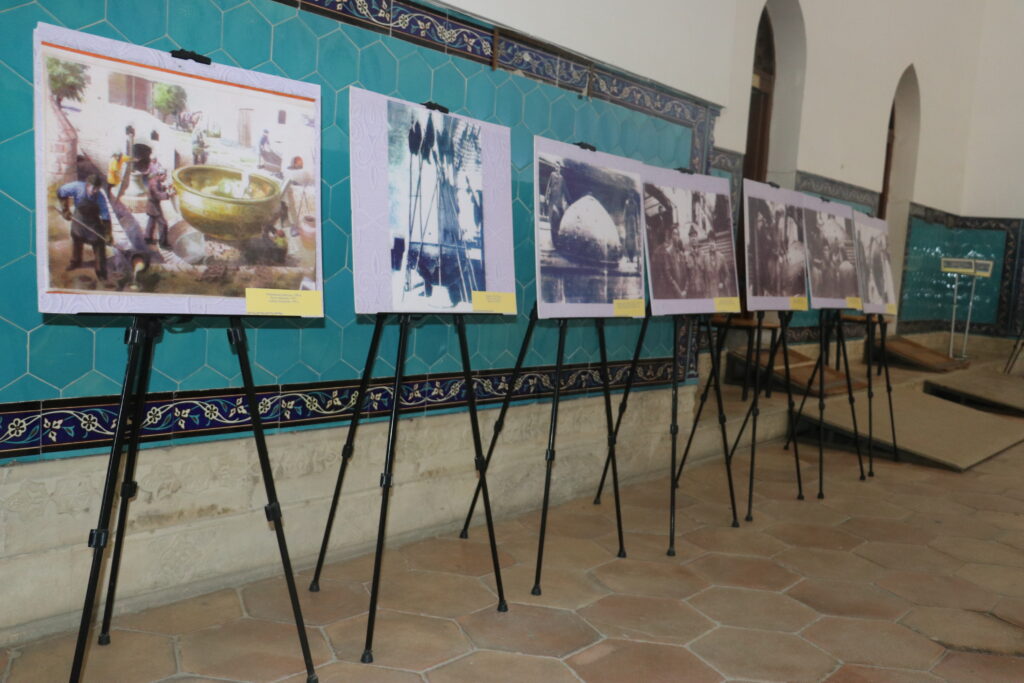 The purpose of the exhibition is to familiarize with documentary information about the return of the sacred Taikazan to Turkistan, to promote the direction of the program article of the first president of the Republic of Kazakhstan N. A. Nazarbayev “Focus on the Future: Spiritual Revival”, promotion of the direction “Ancient metallurgy of the Great Steppe” in the program article “Seven facets of the Great Steppe” and to introduce young people to our history through the promotion of valuable medieval heritage, to increase their awareness, to attract the attention of the country, to arouse interest in our past history. About 50 exhibits were presented at the exhibition. The attention of visitors was attracted the photos of Taikazan in the album of the Russian traveler A. Kun, who arrived in Turkistan in 1864, an archive photos that Taikazan delivered to St. Petersburg in 1935, a unique photo exhibited at the Hermitage Museum, an archive image of the time Returning of Taizakan from the Hermitage Museum in 1989. The exposition also includes photos, medals and archival documents of the republican tournament on Kazakh faith “Taikazan” among youth, organized by the reserve-museum in 2009-2014. 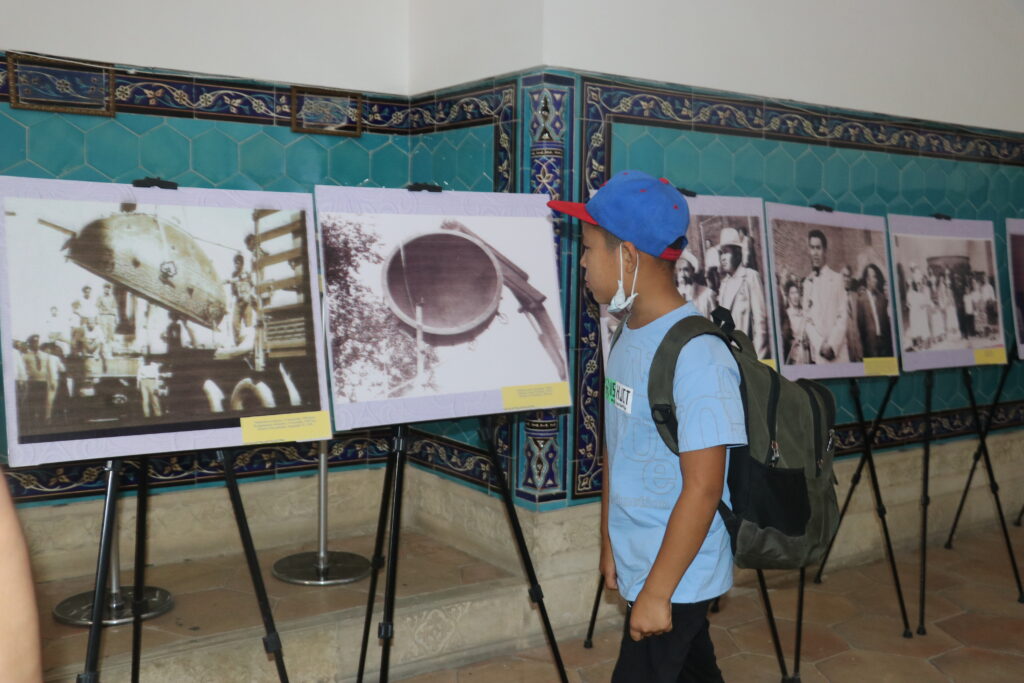 – “It is 32 years since the return of the medieval Taikazan to the historical homeland of the mausoleum of Khodja Ahmed Yasawi. Taikazan was sent in 1935 to the III International Conference of Iranian Masters, which was held in Leningrad, now St. Petersburg for three months, and after 54 years, in 1989 September 18, it was returned to its historical homeland. Returning of taikazan to the historical place was a great contribution which was made by the statesman and public figure, ethnographer scientist Uzbekali Zhanibekov. Taikazan is a symbol of unity, prosperity and solidarity of the entire Turkic people. Therefore, in honor of this day, an exhibition is opened every year and various events are traditionally held. The exhibition, which opened today, will be open to the public for a month,” said Ersin Tazhibayev, Acting Director of the State Historical and Cultural Reserve-Museum” Azret Sultan “. 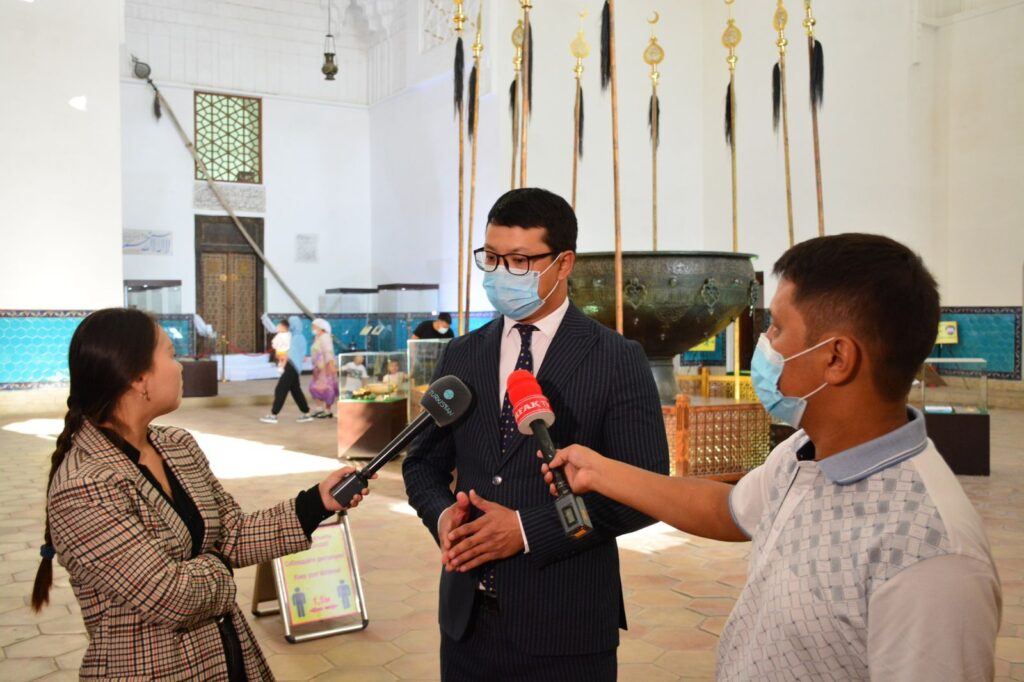 The historical Taikazan, located in the boiler room of the mausoleum of Khoja Ahmed Yasawi, was made by the Tabriz master Abdel Aziz Sharafuddin by the orders of the ruler of Turan Amir Temur 621 years ago in 1399 in the village of Karnak, which is 25 kilometers from Turkistan. 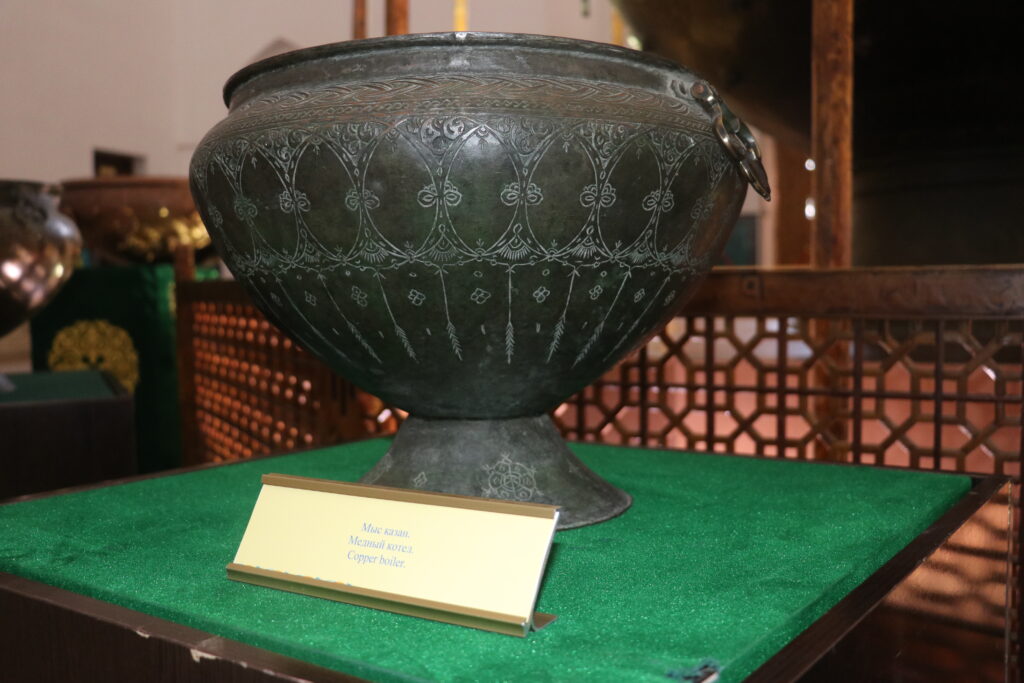 Taikazan consists of seven different metals-gold, silver, copper, bronze, lead, zinc, tin.  The weight of the boiler is 2 tons, the capacity is 3 thousand liters, the height is 1.62 meters, and the diameter is 2.42 meters. The ornament of the outer part of taikazan consists of five parts. 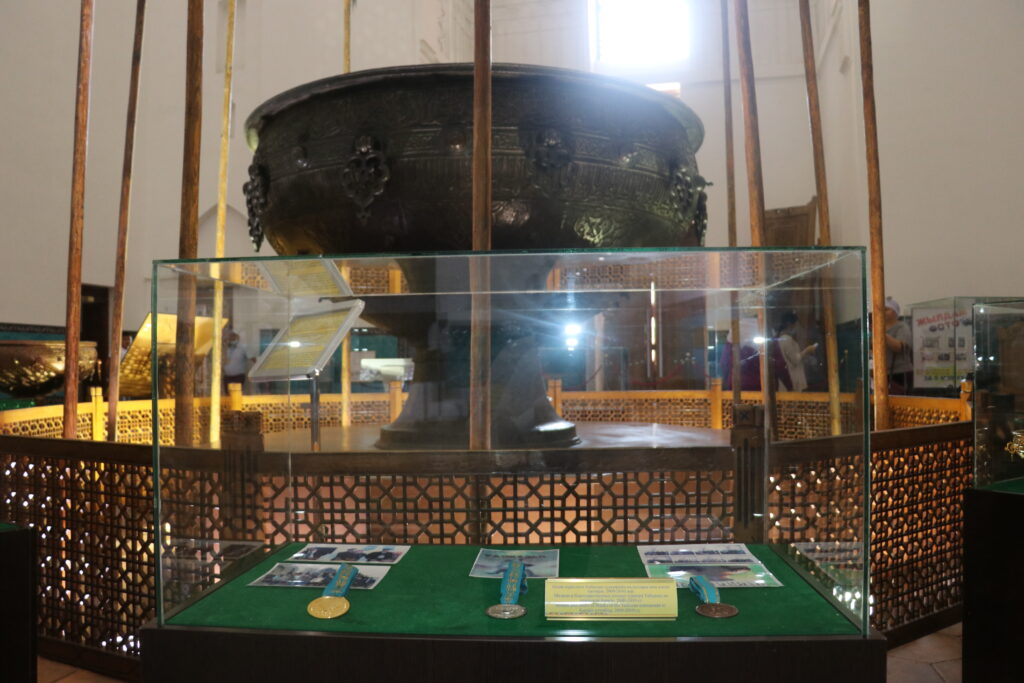 Taikazan contains verses from the Koran and hadiths of the Prophet Muhammad (s.a.a.w). 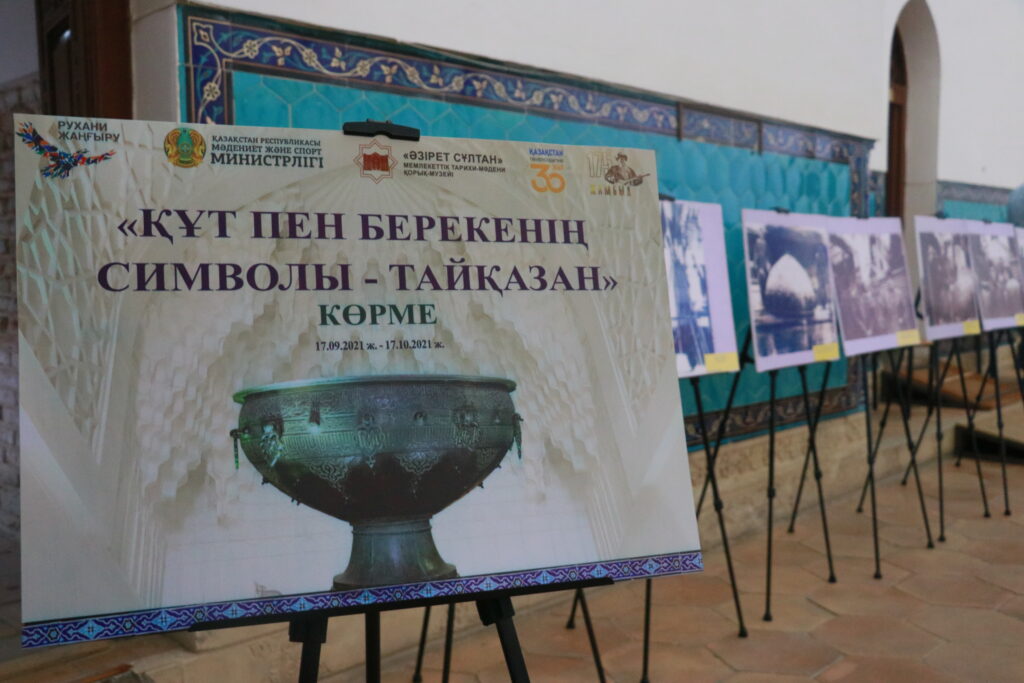