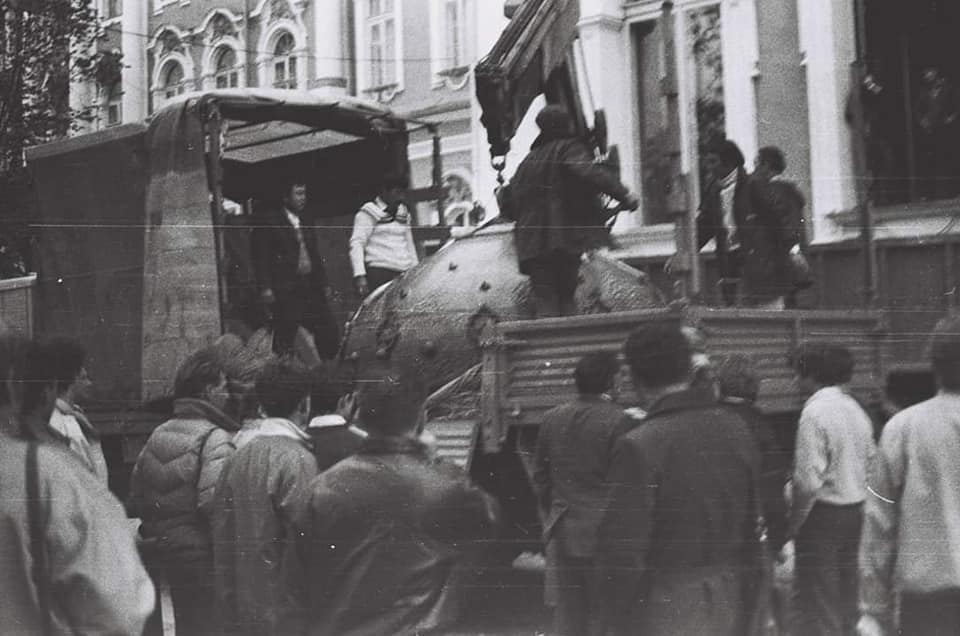 “Azret Sultan” the State Historical and Cultural Reserve-Museum organized the opening ceremony of the ” Returned exhibits ” exhibition dedicated to the 620th anniversary of the flooding of the sacred Taikazan and the 30th anniversary of its returning to the historical place.

The event was opened by the director of “Azret Sultan” the State Historical and Cultural Reserve-Museum Akhmetzhanov Nurbolat Kadyrovich. One of the historical exhibits of the mausoleum of Khoja Ahmet Yasawi is the Holy Taikazan, which reveals the essence of the directions “ancient metallurgy of the Great Steppe” in the program article “A look into the future: the modernization of public consciousness”, “Seven facets of the Great Steppe” of the First President of the Republic of Kazakhstan, the Leader of the Nation N. Nazarbayev, , and also widely promotes the significance of each of the elements, starting with the history of creating a valuable heritage. 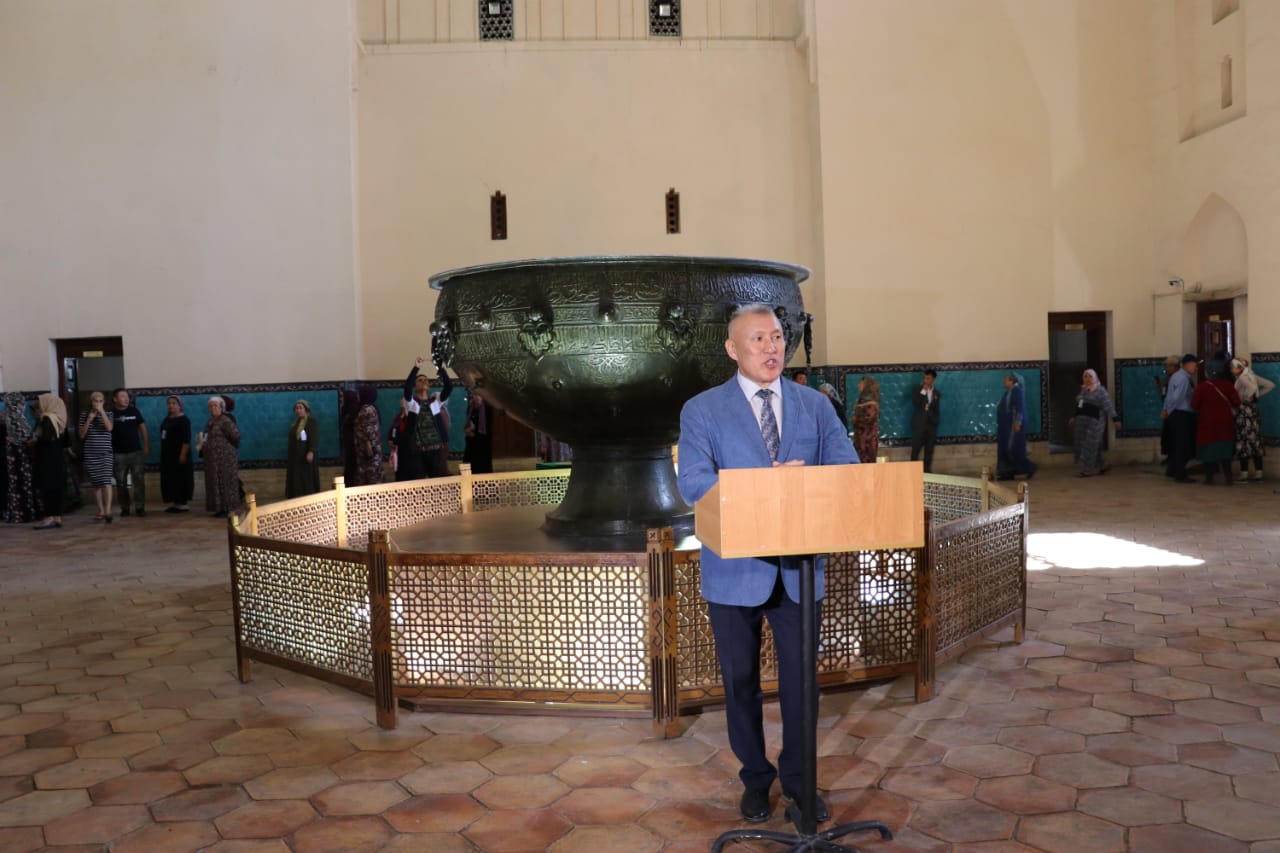 The opening ceremony of the exhibition was attended by historians and intellectuals, such as Doctor of Philology, Professor Kulbek Ergobek, Ph.D., history researcher Taikazan Dildash Mustapaeva, Honorary citizens of the city, members of the Council of Veterans and Public Organizations, students and high school students, residents of the city and museum guests.

The exhibition “Returned exhibits” features about 50 exhibits. These include photographs of 1864 in the album of the Russian traveler A. Kuhn, an archive drawing that Taizkan delivered to St. Petersburg in 1935, a unique photo exhibited at the Hermitage Museum, an archive image of the time Returning of Taizakan from the Hermitage Museum in 1989, photographs persons who arrived at the mausoleum of Khoja Ahmet Yasawi and photographs, medals and archival documents of the republican tournament on Kazakh barrier among youth. 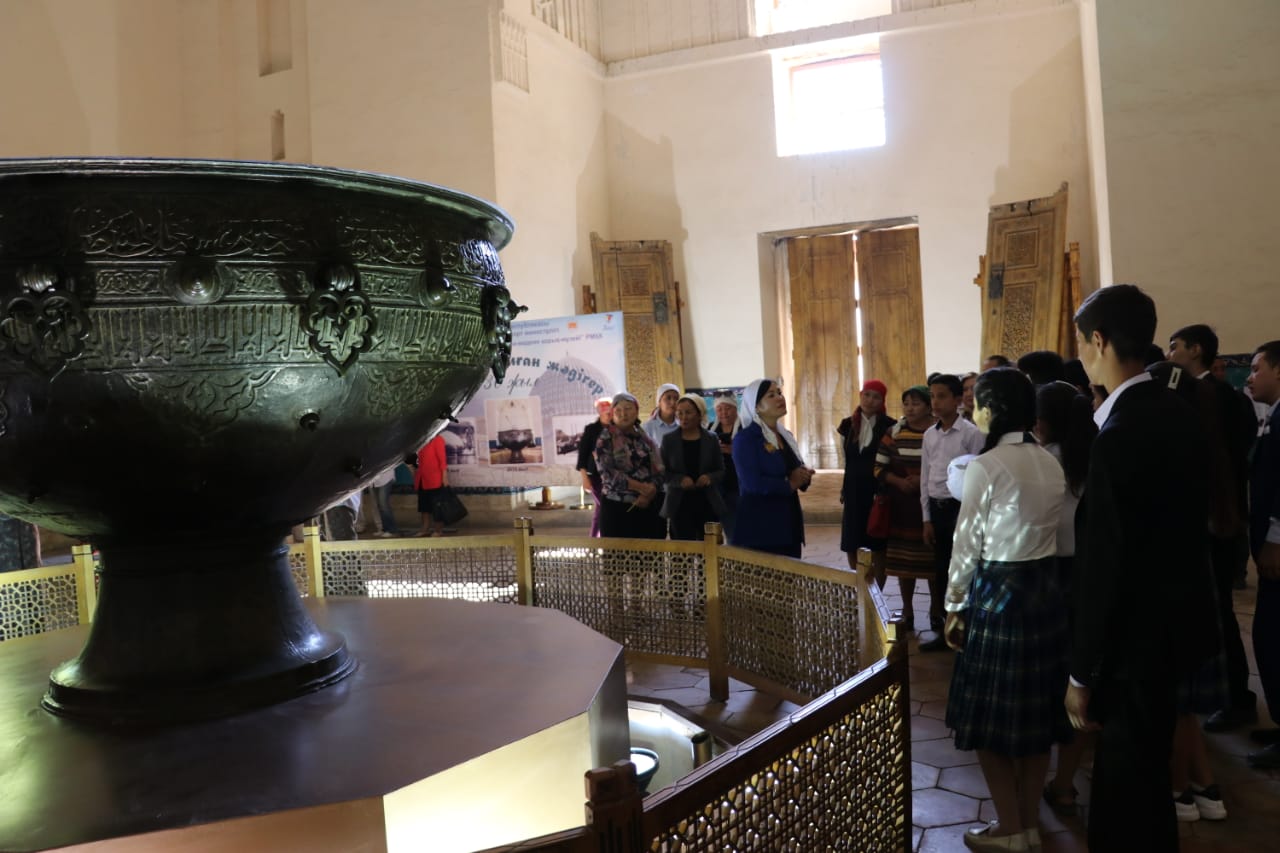 The purpose of the exhibition is to popularize the history of the younger generation through the promotion of medieval values, increase their awareness, stimulate the country’s consciousness, and interest in our past.

The medieval Taikazan, preserved in the mausoleum of Khoja Ahmed Yassawi, was made by the Tabriz master Abdel Aziz Sharafuddin by the orders of the ruler of Turan Amir Temur 621 years ago in 1399 in the village of Karnak, which is 25 kilometers from Turkestan. Taizan is made from a mixture of seven different metals, such as gold, silver, copper, bronze, lead, zinc and tin. 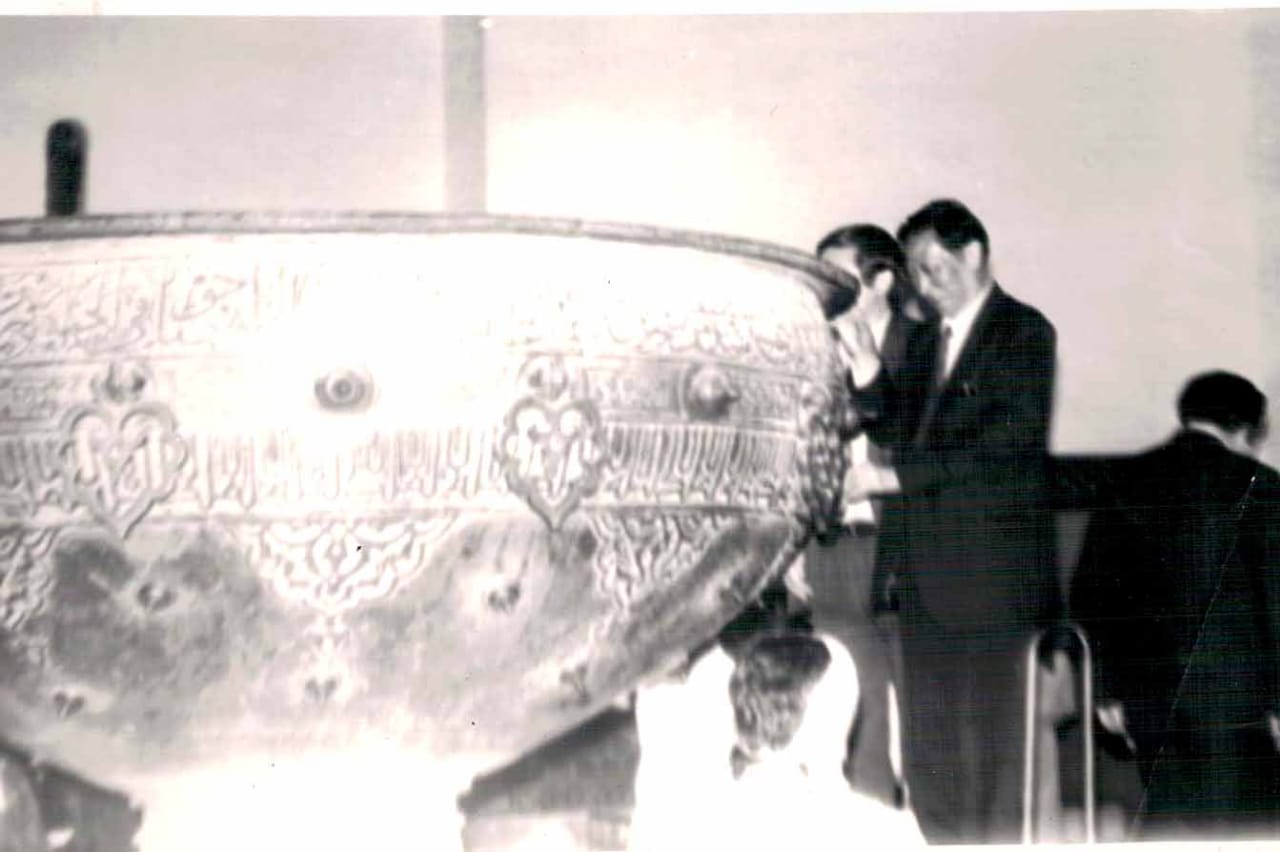 Taikazan was sent in 1935 to the III International Conference of Iranian Masters, which was held in Leningrad, now St. Petersburg for three months, and after 54 years, in 1989 September 18, it was returned to its historical homeland. Returning of taikazan to the historical place was a great contribution which was made by the statesman and public figure, ethnographer scientist Uzbekali Zhanibekov. The meeting participants expressed their opinion on the history of Taikazan and the significance of the exhibits.

The exhibition, located inside the mausoleum of Khoja Ahmed Yasawi, will be presented to the visitors for a month.