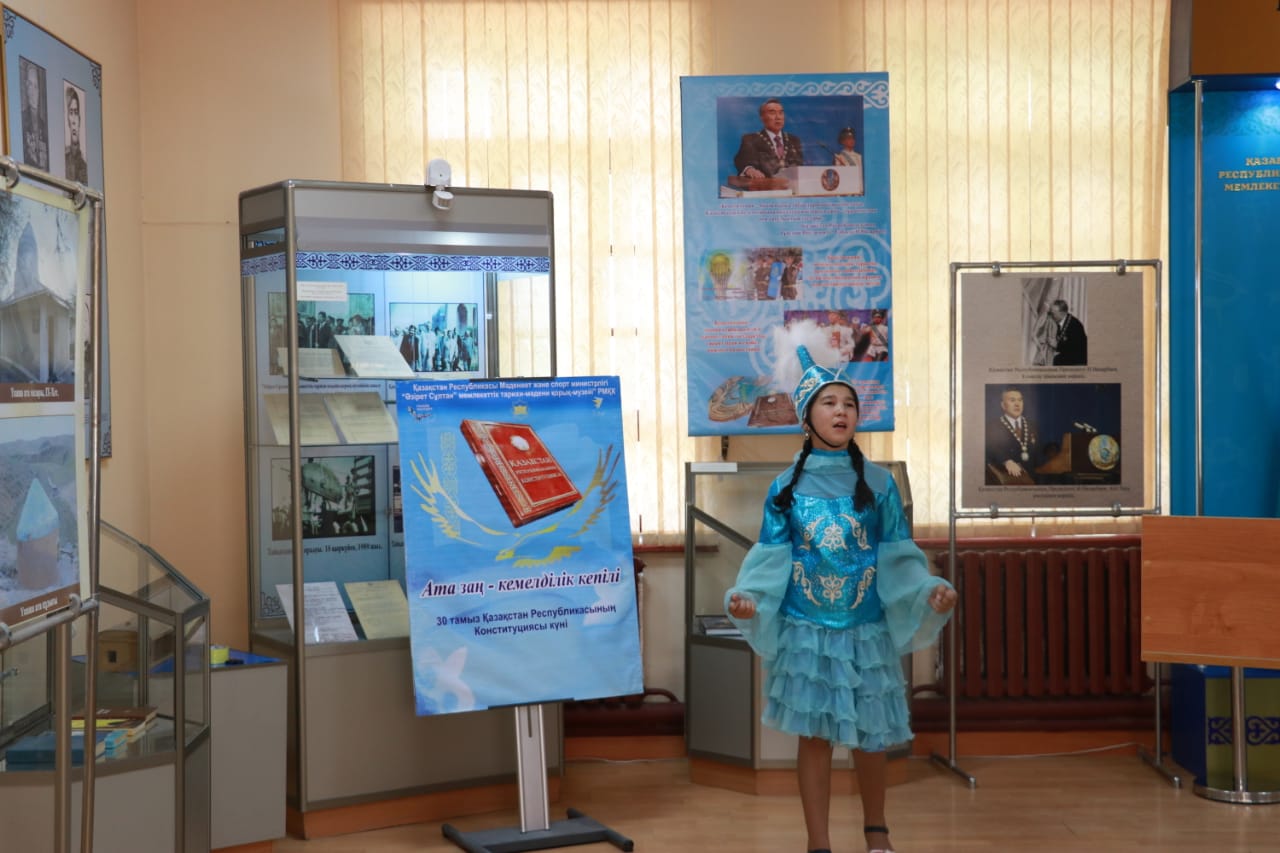 On August 30, in honor of the Constitution Day of the Republic of Kazakhstan, the State Historical and Cultural Reserve-Museum “Azret Sultan” of Turkestan organized the event “Ata Zan – Kemeldіlіk Kepіli”(The Constitution is a guarantee of perfection).

The exhibition presented popular scientific books and drawings telling about the history of the basic law of the country, winged words of the first President Nursultan Nazarbayev and President of the Republic of Kazakhstan Kasym-Zhomart Tokayev on human rights and excerpts from the articles of the Constitution.

The event was attended by members of the city council of veterans, Honorary citizens of Turkestan, employees of the “Azret Sultan” Reserve -Museum and museum visitors.

In addition, the young talents who specially arrived at the event performed patriotic songs, the young masters of the artistic word recited poems about Kazakhstan, Turkestan, and Constitution.