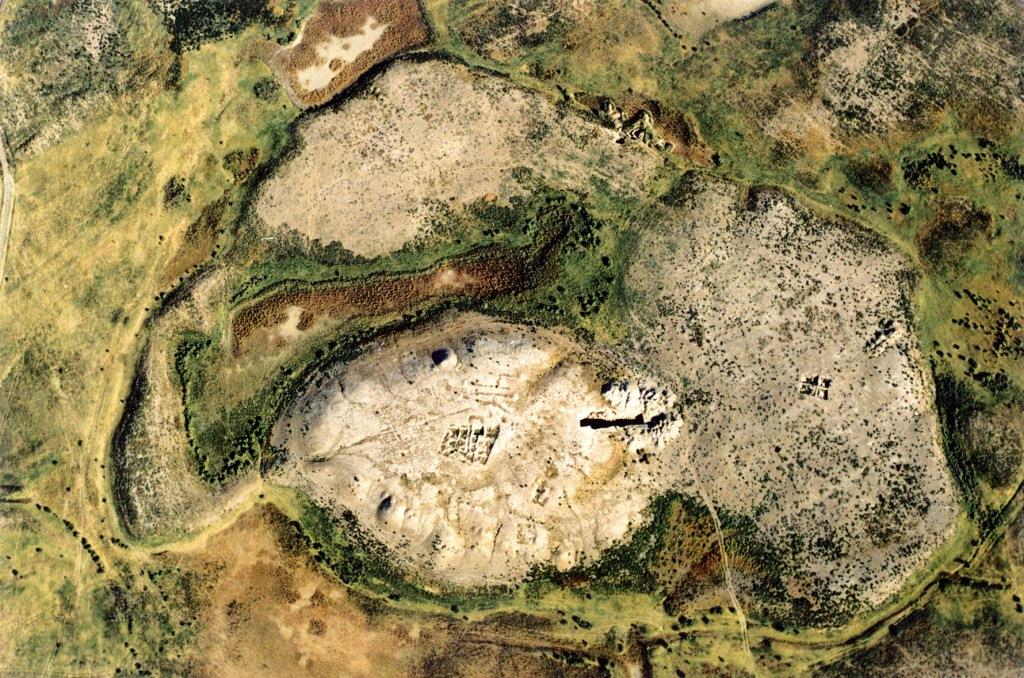 Shaugar-Shoytobe is situated 7 kilometers south of the Turkestan city. Shoytobe is a modern scientists research, Shaugar-Shavgar-Shafigar named the edge of the city was the capital of the early middle ages Shaugar. The ceiling is 400x275m stretches from west to east. The eastern side of the location is the highest side, height of 5m. The Citadel is located in the eastern part of the shaharistan with dimension of 170x150m. The north and north-east side of the Shaharistan is located next to the building adjacent areas. Rabad of this city. The total area of ​​the town, including the rabad is 8,1ha (hectare), the citadel is 2,7ha. In 1974, archaeological expedition of the South-Kazakhstan (K.A.Akyshev), in 1986  the Academy of Sciences of the Kazakh SSR the genealogy of the monuments conducted the expedition (K.M.Baypaqov) research. In 1990, in the citadel under the leadership of (Yerzakovich L.B.) 700m2 archaeological site was discovered in the course of investigations. In 1996, TAE (E.A.Smagulov, M.Q.Tuyaqbayev) began to research the monument. The 1996-1997 seasons was the citadel and shahiristan stratigraphic pits. military construction. The total land area is ​​15.2 hectares. Nevertheless, in 1994, “the Kazakhstan’s historical and cultural genealogy monuments” according to South Kazakhstan region included in the set by digit number №604 and obtained by the jurisdiction of the state.