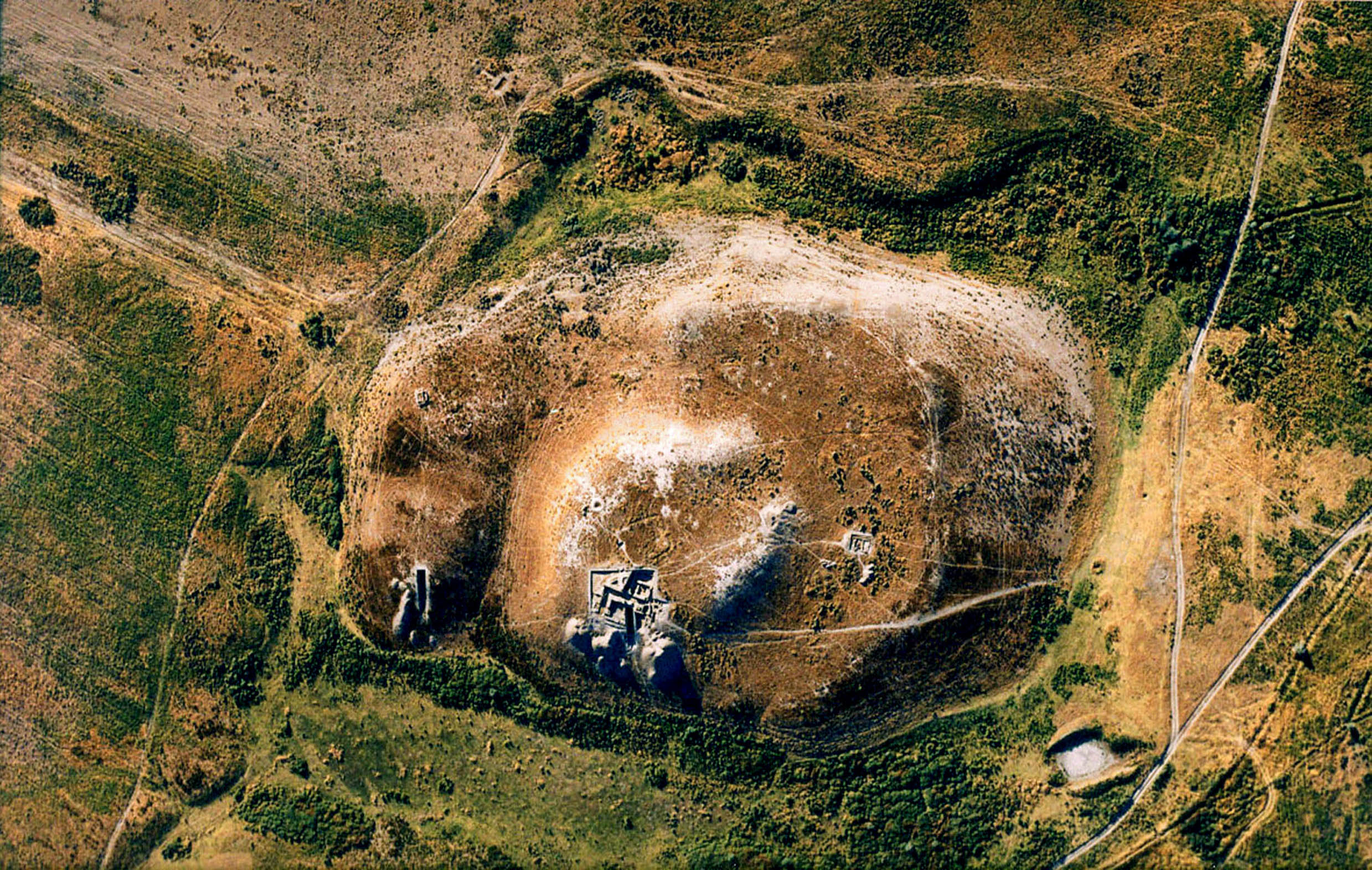 Located 20 km west of the city of Turkestan, 2 km to the left of the Shymkent-Kyzylorda highway.

The city was founded in the 1st century BC. e. in the form of a fortress (outpost) along the Great Silk Road and in the IV century BC. e. became one of the largest cities of the Kangyui state. The people of the Kangyui state professed the religion of Zorastrianism, because of this, the city became one of the largest religious centers in this region where many temples were built. VІІІ century. during the Arab invasion that took place in the second half (775-777), the city suffered a great fire and was abandoned by the population. The inhabitants of the city migrated to the settlement of Kos mezgil and to Karatau.

The sizes of the town are SZ-260m, SV-120M, Z-100m, V-130m, YuZ-180 and YuV-260m. Citadel and two-level hill with a square in the southern part. In addition, the rabadyn on the northern surface is separated by a deep ravine. The total area of ​​the settlement with the Northern Rabad is 7.7 hectares, the Shaharstan is 6.2 hectares, the Citadel is 1.4 hectares. The entrance to the citadel is removed from the southern surface. The research was carried out by the South Kazakhstan archaeological expedition (A.N.Bernshtam) in 1946-1951. Summing up the results of the study, A.N.Bernshtam noted that the city dates from the end of the 1st millennium BC. e. before the beginning of the 1st millennium BC e. In 1966 the city was surveyed by the Khorezm AE (S.P. Tolstov) and dated it to the 1st-5th centuries. On the “map of archeology of Kazakhstan” in 1960, the settlement was called “Sadyk ata” and was dated by the interval of the 1st-9th centuries. The Turkestan archaeological expedition (E. Smagulov, M. Tuyakbayev, A. Zhigitova) in the period from 2002 to 2004 resumed research and convincingly proved the existence of the city between the I-VIII over the centuries.