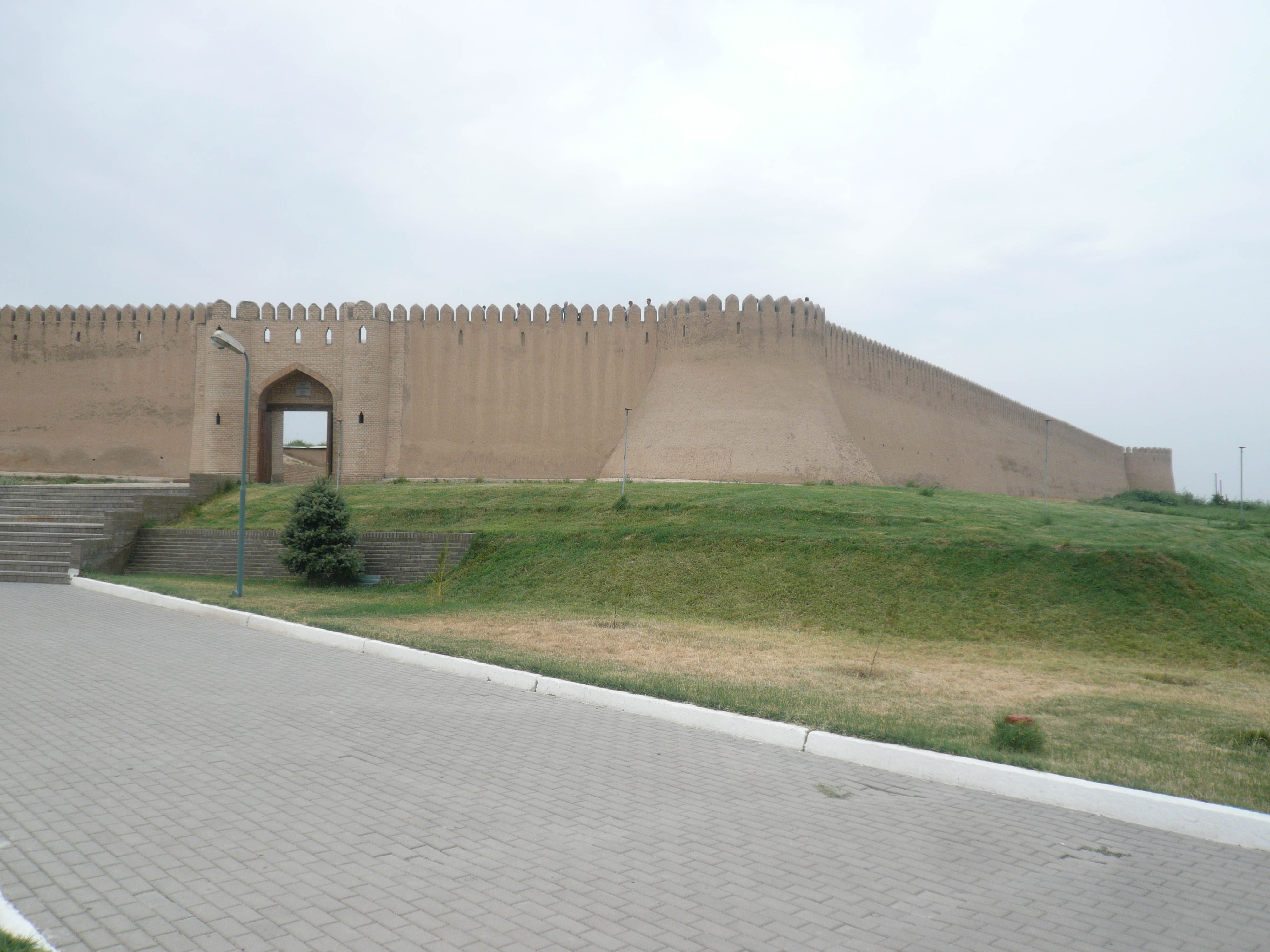 Monument of republican significance. A fortification-type monument that encloses the eastern part of the mausoleum of Khoja Ahmed Yasawi. XVIII century. On the very first scheme of the fortification construction of the city of Turkestan, made at the beginning, the tower of the city was surrounded by a mound castle. In 1947, an expedition led by A. N. Bernshtam drew up a plan of the surviving fortress walls of the citadel and shaharstan of the city of Turkestan. The first archaeological studies of the citadel fortifications were carried out in 1973. During excavations in the ХІХ-ХХ, ХVІІ-ХVІІІ, ХІV-ХVІ cc. three building horizons of the lying fortress wall have been cleared. According to AI Dobromyslov, the fortress surrounding the citadel began to collapse at the beginning of the 20th century. 1978-1979. As a result of archaeological research carried out by the restorers, the north-eastern part of the castle barrow, the eastern tower and the North-eastern gate were restored. The castle is trimmed with the scalloped top of the Kurgan. The tower is round, covered with log decks. After the second half of the 19th century, the walls were destroyed, losing their defensive features. Subsequently, in 1980, fragments of the walls will be restored. In the Kurgan fortress in 1998-1999, Turkestan restorers carried out a number of repairs. Kurgan Kamal is included in the collection “Chronicles of historical and cultural monuments of Kazakhstan” in 1994 in the South Kazakhstan region under number 590.4.