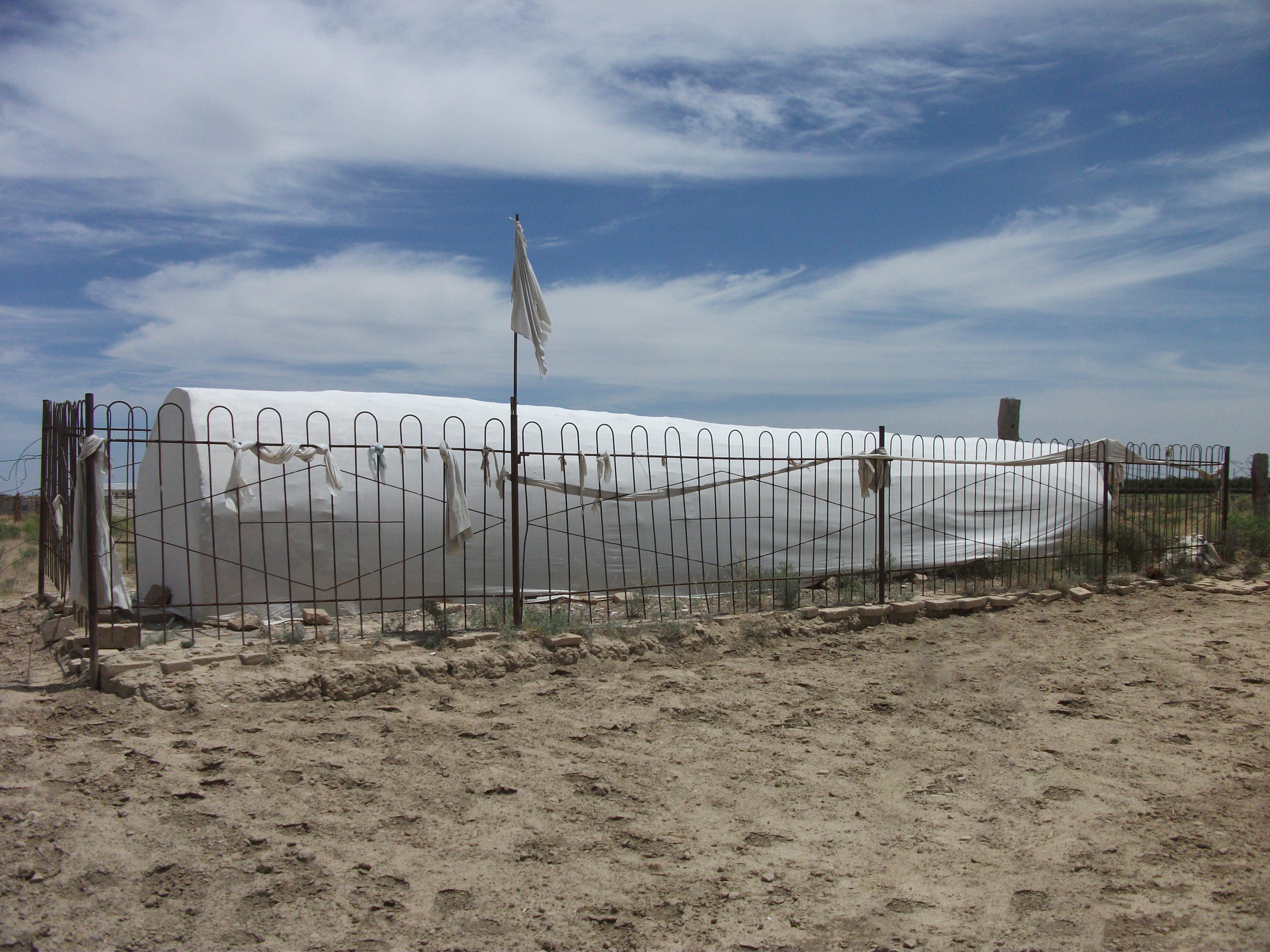 Located 44 kilometers north-west of the city of Turkestan, the territory of the Zhibek Zholy rural district of the city of Kentau is located, 300 meters south-east of the archaeological site of ancient Karatobe. The previous appearance is unknown, now only the tombstone has survived. The tombstone is made of burnt bricks. The territory is fenced with a metal fence, there is a well, it is looked after. The length of the castle is 10.2 meters, the width is 1.6 meters, and the height is 1.5 meters. The length of the grave is 10.2 meters, width is 1.7 meters. Nearby there are fences preserved from ancient raw bricks. The data on Saduakas ata are very small, but in the vakuf receipt of Amir Timur they are found under the name “Khazrati Sagdi Waakas”. There are two different legends about Saduakas ata. One of them says that he was a faithful military leader, that is, an associate of the Prophet Muhammad (s.a.s.), and the second that he was a descendant of Azret Sultan.

There is little information about Saduakas ata. In the book by O. Dastanov “Kieli zherler turaly shyndyk” there is little information. The second document about Saduakas ata can be found in an article by an archaeologist of the Azret Sultan reserve-museum, a scientist, candidate of historical sciences Tuyakbayev “Umyt bolgan aulieler”. The article says that Amir Temir forever allocated the lands of the Turkestan region into three funds, which he also created, and how to divide the proceeds and who will manage these reserves. It says that the third of the above funds belonged to the great Hazret Sagdi, may Allah bless him.