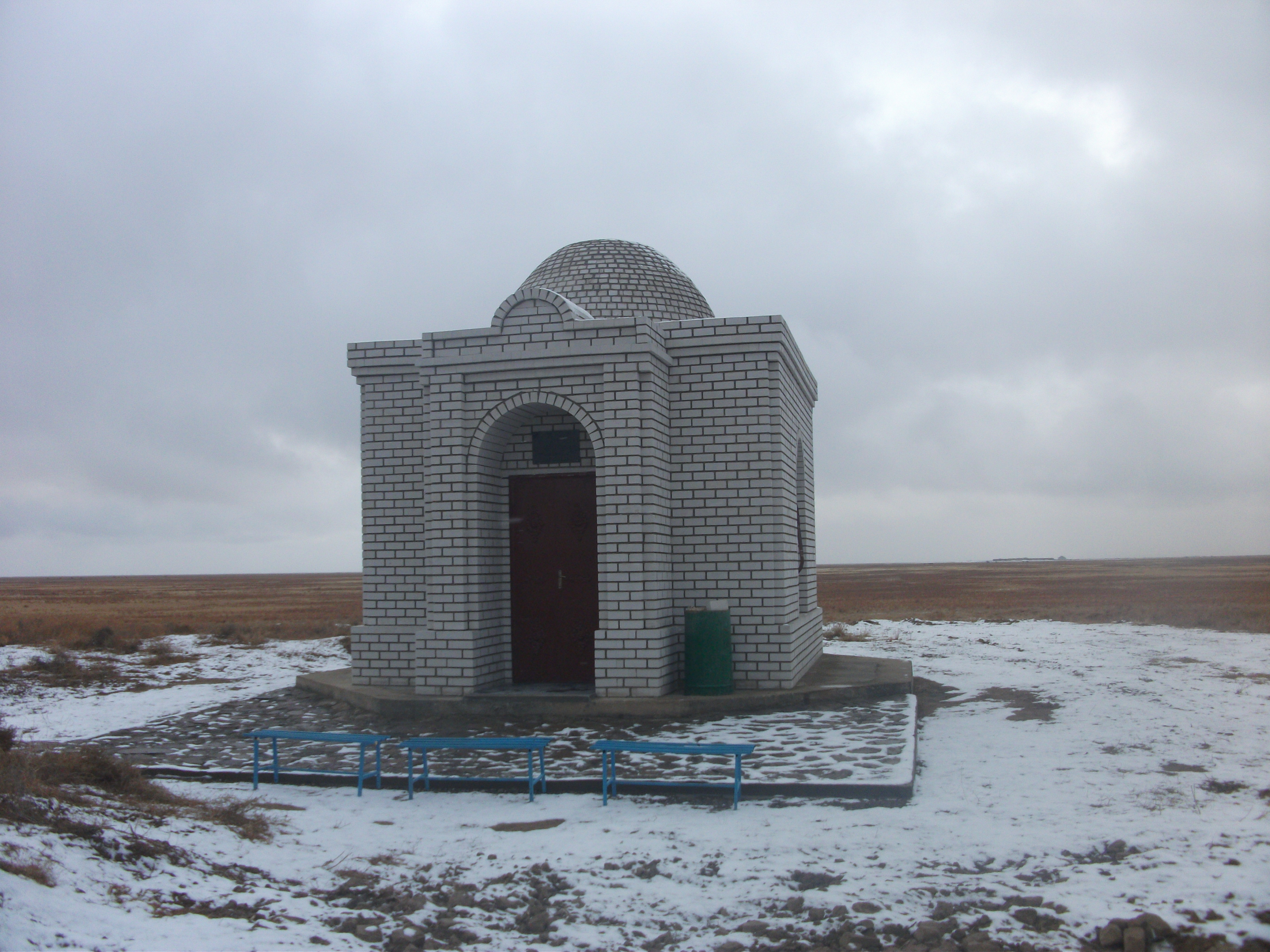 Located on the territory of the Yassy rural district, in an ancient necropolis. Menduana Ata was an 18th century preacher of Islam. The saint’s real name was Syrlybai. No one knows why this man is called Menduana ata. His peculiarity was that he grew his hair. Many people seem to have worn his hair as charms. The origin of the Menduana baba from the Jienbet Borai clan from the Middle Zhuz of Konyrat. One of the properties was that he was the patron saint of all animals. In the past, our ancestors brought sick animals to him, which spent the night with him. And when people were overtaken by failure in life, they came and asked for help from Allah. The mausoleum was not completely preserved in its original form due to the construction of raw bricks. Since the first construction, the upper part collapsed and was rebuilt by the local population. One-room, the length of the grave is 2.8 meters, an embankment in the form of a half-cylinder cut is laid on top, the surface is whitewashed with lime mortar. Subsequently, the height of the poured foundation is 3.5 meters. The total length of the mausoleum is 5.10, the height is 3.2 meters. In 2012 the mausoleum was rebuilt from bricks.