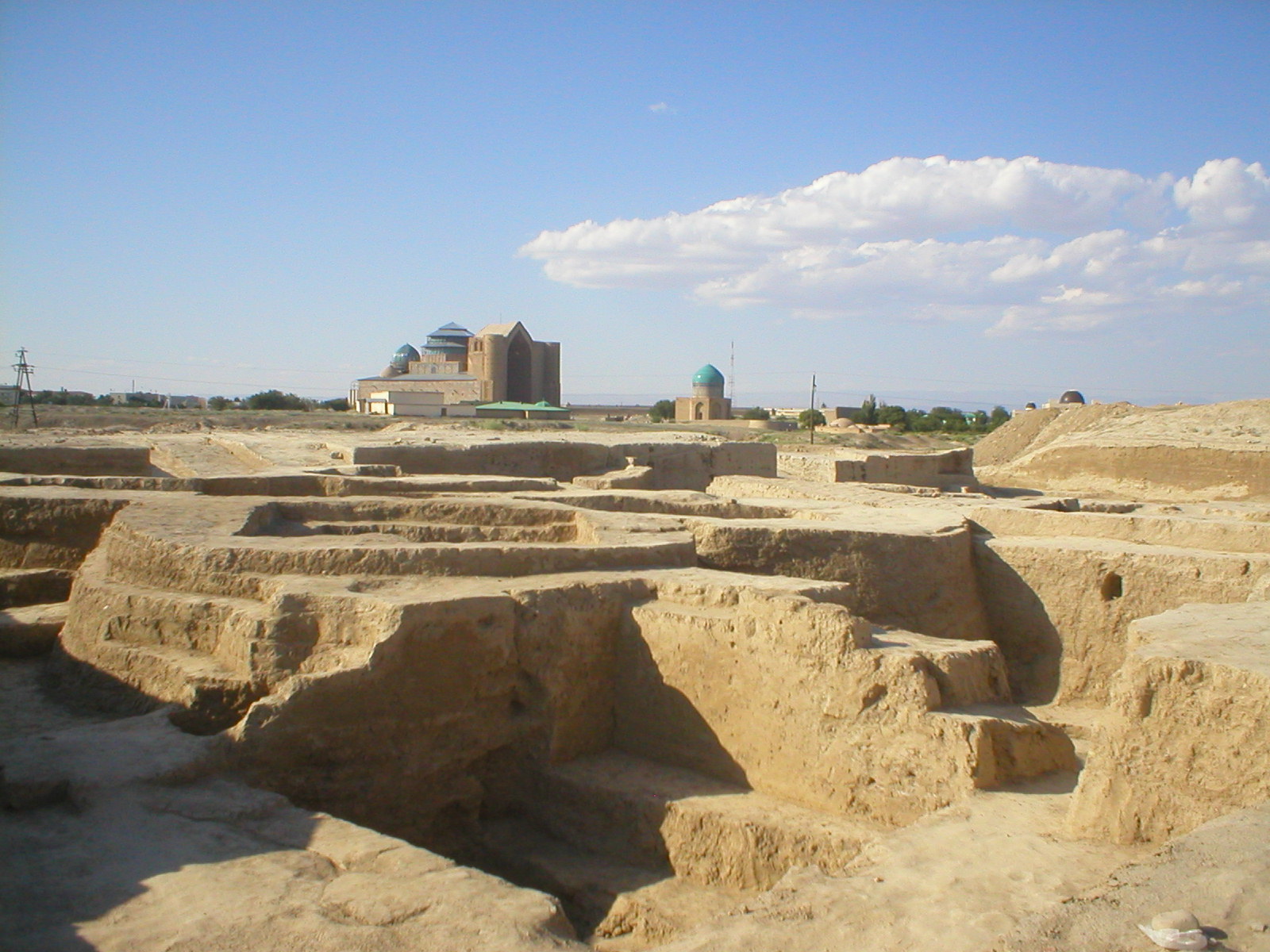 The ancient city of Kazakhstan, is situated in the eastern edge of the medieval city of Turkestan people, within 350m (590.3) of mausoleum Khoja Ahmed Yasawi. The construction is oval, 9m in height, an area is 150x120m large-scale hill. Lately, the topography of the monument has changed a lot. In the south-east and south-west of soil excavated for the construction of ravines, hills and many quadrilateral ovals at the top of the trenches, passed through the fortress. However, preserved topographical signs “the area of the rooftop” made it possible to identify the model of the monument, which is next to the ancient and medieval history of the last stage of the nineteenth century, Kultobe is surrounded by the walls of the fortress. Kultobe refers to the system of medieval Turkestan’s military construction. Nevertheless, in 1994, “the Kazakhstan’s historical and cultural genealogy monuments” according to South Kazakhstan region included in the set by digit number №590.1 and obtained by the jurisdiction of the state.