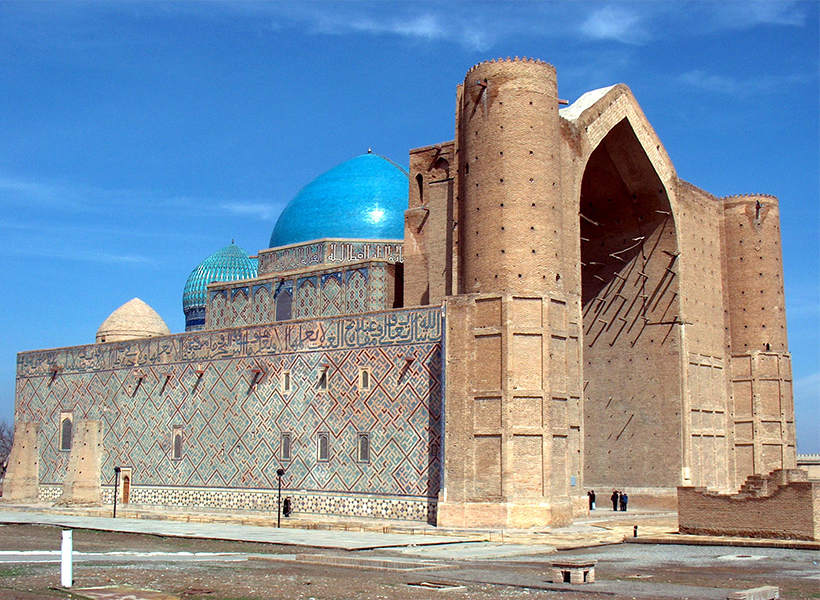 The Mausoleum of Khoja Ahmed Yasawi is the largest complex in which architects could combine a mausoleum, mosque, and khanaka madrasah into one building, where, as a rule, individually in religious complexes. It consists of 34 rooms with different sizes. From south to east there is a giant portal, a central boiler room and a sacred cemetery.

Premises and burial ground had been added to the central hall from the lateral East and West. From the corners of the central hall has eight two-story corridors, which divides the building into eight parts.

The total area of ​​the building is 65.5 x 46.5 m. On the place of individual construction, one of the important steps in the development of architecture at the time was the construction of a high-rise whole building.The architectural complex-frontal surface, on which the main (Southern) entrance of the Peshtak mausoleum is located, was made in the form of a solemn portal and 20 m above the other part of the building. The width of the opening of the main portal is 18.2 m.