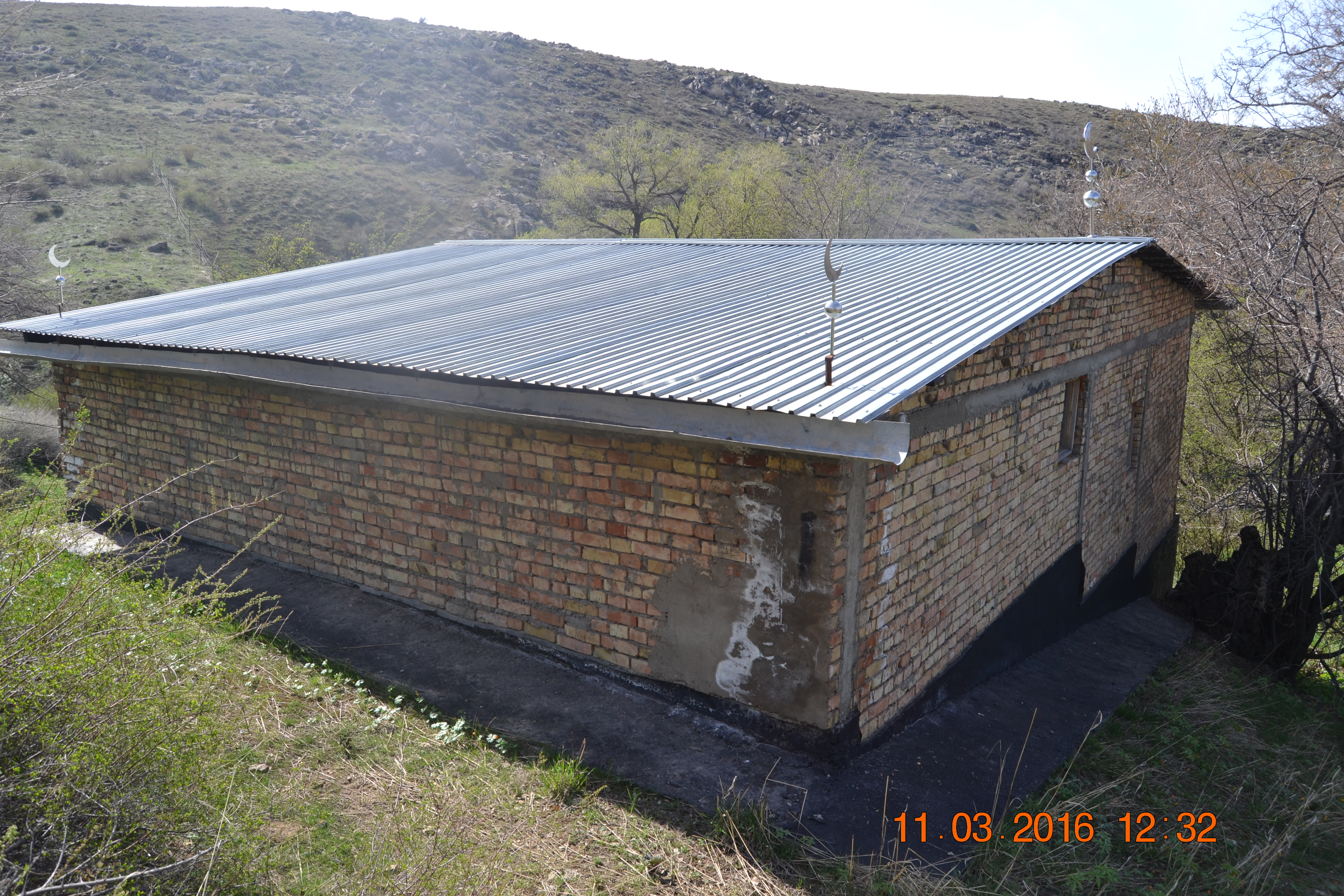 A sacred object located at the foot of the Karatau. The mausoleum consists of two stone rooms with two openings. In 2010, the foundations of the old mausoleum were filled with concrete, and the walls with burnt ceramics. The roof is covered with glossy tin. Length 8.4 meters, width 5.5 meters, height 2.8 meters. Data on Uirek ata are not found in the scientific literature, they have not been specially studied. We only know the legend from Orynbay Dastanov’s book “Aulieler turaly shyndyk”. When the students studying in the Karnak madrasah ran out of wood for fire, they begin to cut down the dried wooden bushes that were over the grave of Uirek ata, and when they load them on the camel, the rope broke when they loaded it again, it broke again. After the rope was cut, everyone started reciting the Qur’an in honor of Uirek Ata. From the grave, as if expecting this action, the tone is heard: “Do not insult my tree.” From this unexpected sound, the disciples, frightened, threw their firewood and ran. Another legend says that in Soviet times, when one man was driving a collective farm horse, he stopped at the grave of Uirek ata. When he started making fire and drinking tea, he took a nap, and a black man came from the grave of Uirek ata. A stone flying over this man, greatly frightened, touched an unusual foal in a pedigree of sixty-seven foals, and his head flew up. There are also many stories when he was shown to people with a kind-hearted man covered with hair.