The goat of the IV-VI centuries 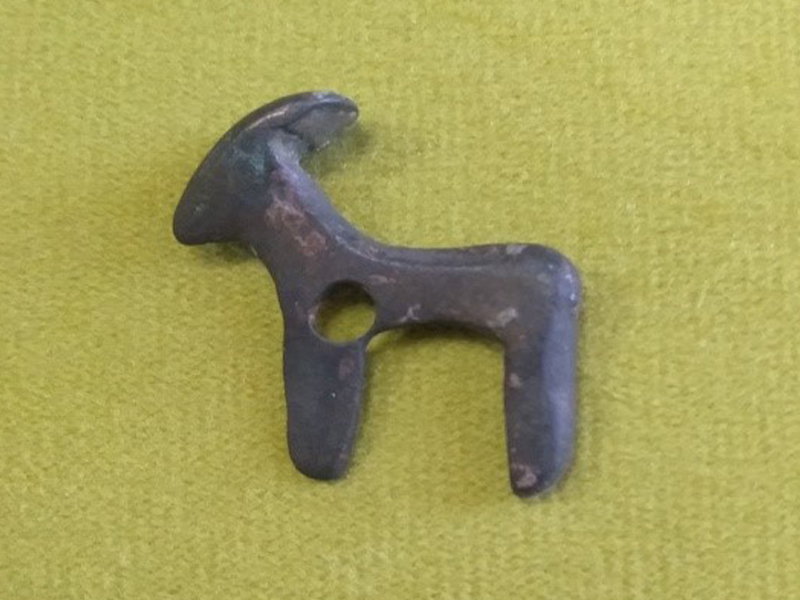 A statue of a goat or mountain goat (amulet). The necklace is cast in bronze. Size: 2 x 2.5 cm. A hole is made in the upper part of the front leg for holding a cord or thread. At that time, the image of totem animals was used as an amulet. This is another evidence that in ancient times people used animals as totems – in the Turkic era people worshipped snakes, deer, wolves and other birds of prey. Even before the full adoption of Islam, our ancestors wore amulets with the image of animals-birds, claws, teeth made of wood, stone and ceramics around their necks. After the adoption of Islam, such items were replaced with holy scriptures, verses of the Koran. However, not only goat amulets were used as amulets, but also on the outside of the vessels there were images of animals as totems. Among the ancient rock paintings there are many images of a mountain goat. For example, among the petroglyphs of the Scythian-Saka period there are sculptures of mountain goats with faceted horns. These faces on the horns could also appear depending on the age of the images. This amulet was transferred to the museum’s fund in 2006 by the head of the Turkestan archaeological expedition, archaeologist M. Tuyakbayev. Found in the city of Sidak ata. The life of the city of Sidak ata covers the period between the I-VIII centuries.