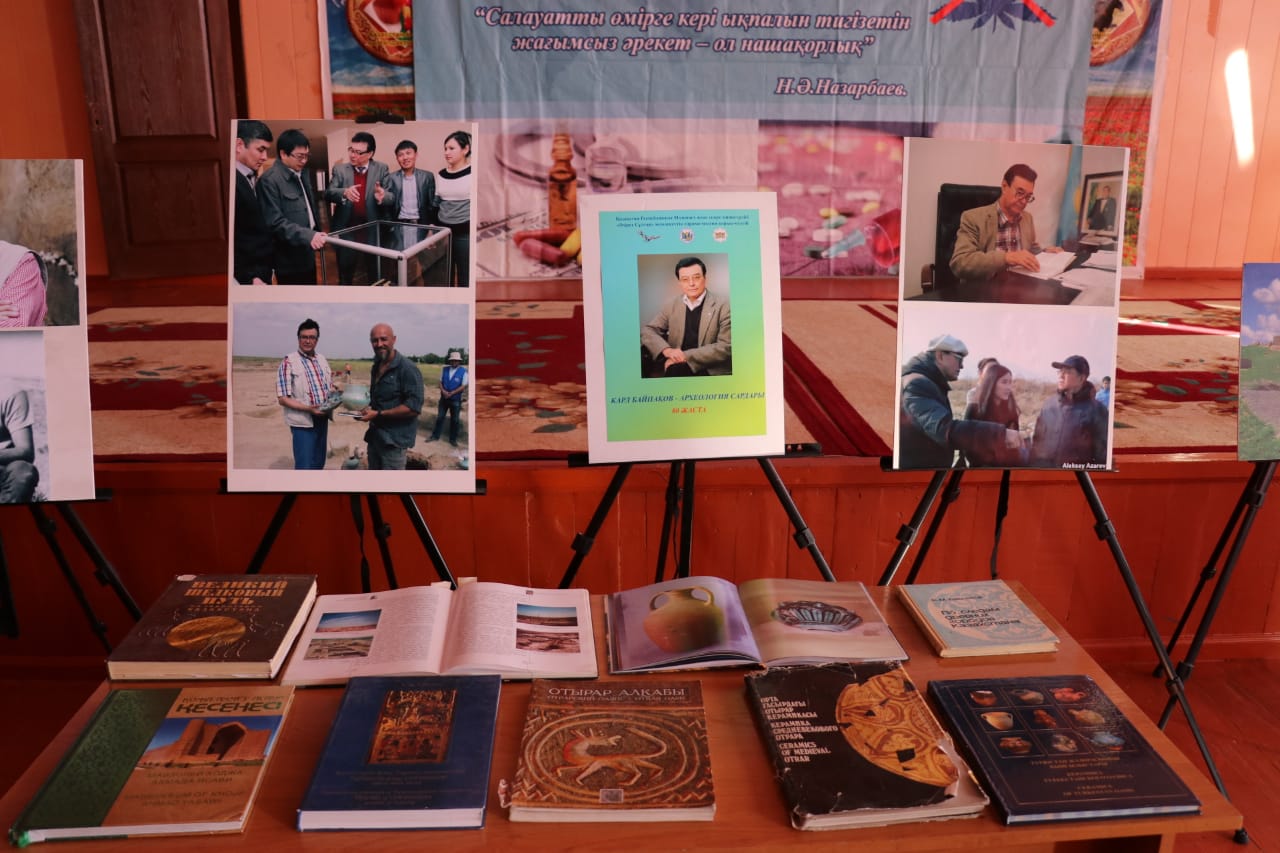 The exhibition “Karl Baypakov – knight of archeology” dedicated to the 80th anniversary of Karl Moldahmetovich Baipakov was opened at the secondary school № 24 in Turkestan organized by the state historical and cultural reserve “Azret Sultan”. 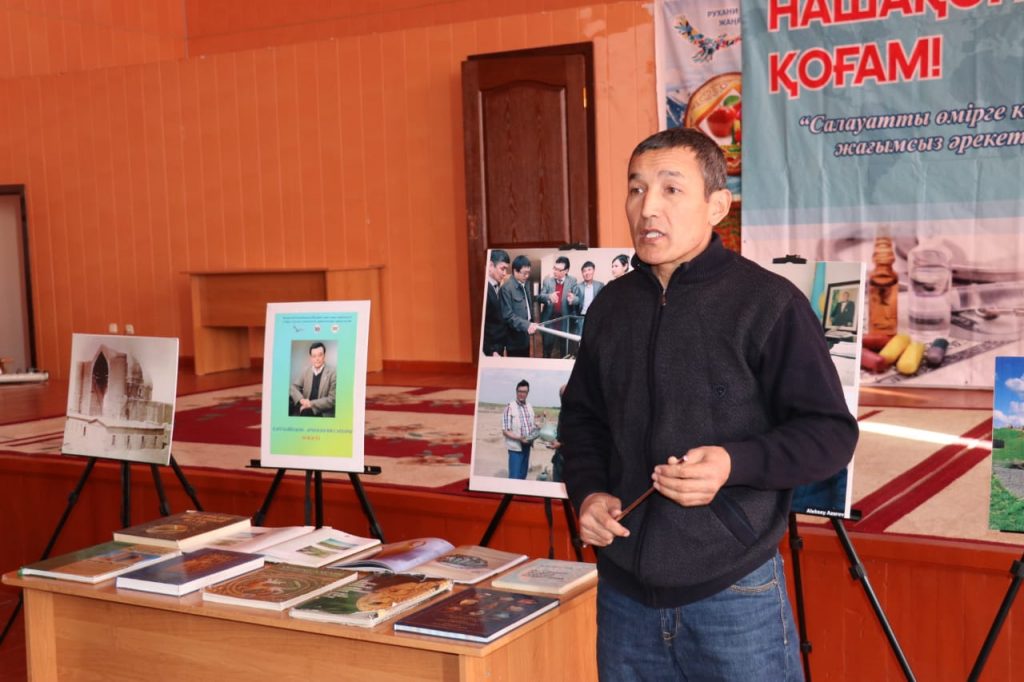 School teachers and senior pupils of the event also watched the works of K.Baipakov and memorable books about the famous archeologist, as well as pictures of every stage of his life. 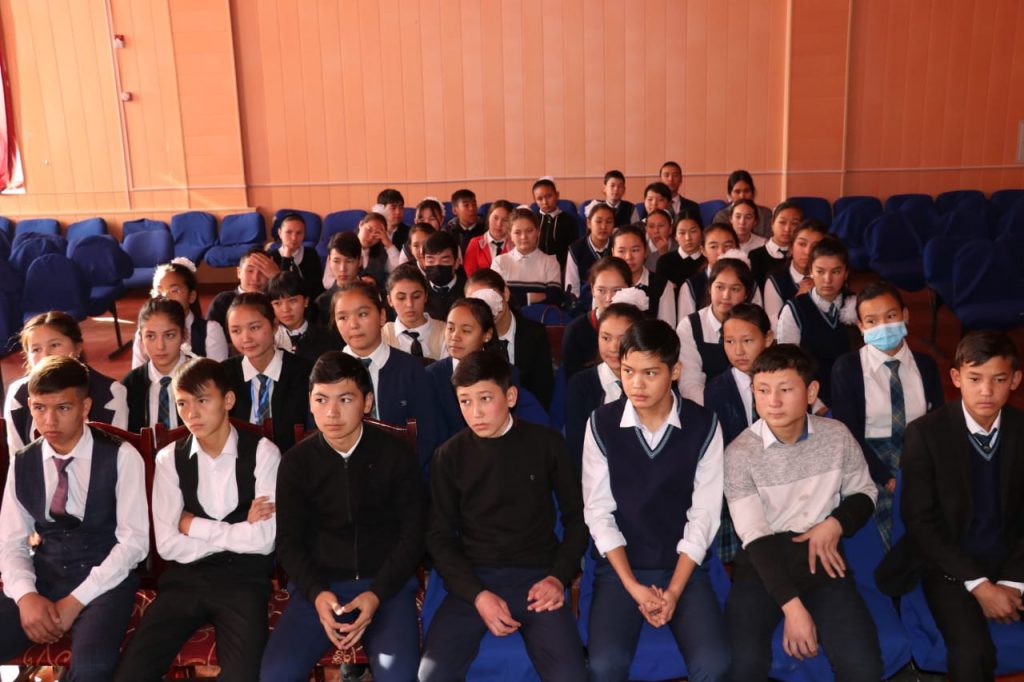 During the event, the excursion guide of the preserve -museum D.Saidvakasov gave a lecture on the topic “Deep secrets of Sauran” and told about the excavations conducted by famous archeologist Karl Baypakov in the medieval Sauran city for several years. 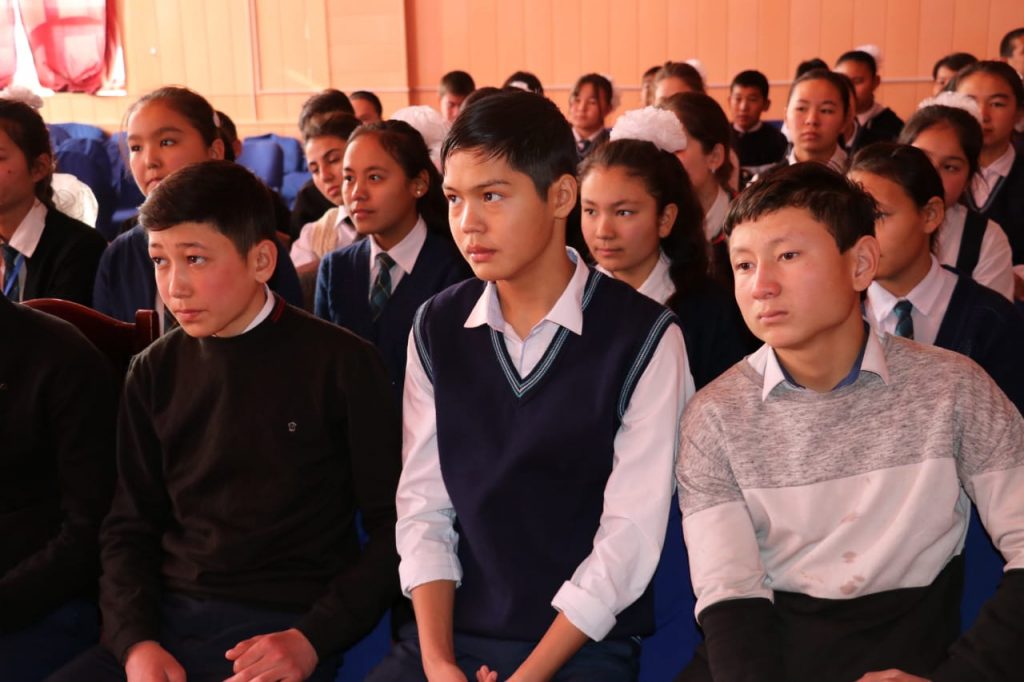 During the meeting, which was held within the framework of the propaganda of program articles of the First President of the Republic of Kazakhstan NA Nazarbayev, “Orientation to the future: spiritual revival”, “The seven main aspects of the Great Steppe”, the students asked a lot of questions and exchanged views.