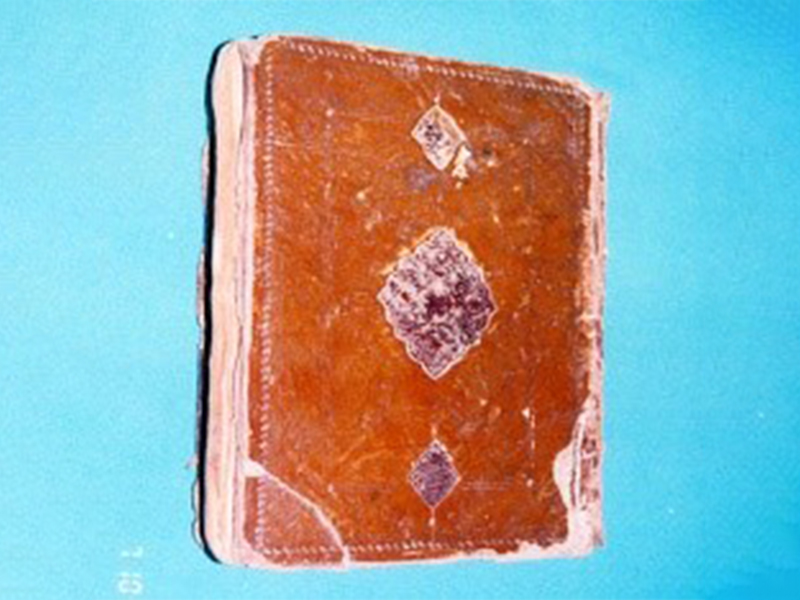 (The Path of Piety) book by Sofa Allayar, written in 1870 in Persian. Book size: 25×16. The book was transferred to the museum fund by a resident of the house number 63 on the street Kuibyshev city of Yangiyul, Tashkent region. Sofа Allayar lived in the middle of the 18th century. He is a poet who promoted Islam, continuing the traditions of Khoja Ahmed Yasawi, the founder of Sufi literature in the Turkic language.

This book contains the types, conditions for performing prayer. The most important of all rituals in the Muslim religion is prayer. The Arabic word for prayer is “as-sala”, the plural form of salawat (Persian prayer) is one of the five obligatory duties of Islam. That is, it means “to pray.” In Sharia, prayer begins with a takbir and ends with a greeting. Because through this prayer, every Muslim purifies his heart and approaches the Creator. The desire to pray, the worship of Allah when the time of prayer comes, standing in the kiyama (straight). One of the main duties in prayer is to get up so that one surah of the Quran is recited in each raqaat.This is called kiyam. In ancient times, when the first Muslims worshipped, they pronounced aloud the unity and greatness of Allah. Although the Quran contains the time of prayer, a number of its movements, the rules of prayer and other words, but it does not clearly indicate the order of worship. It is believed that the whole order of worship is formed from imitation of the prayer poses and gestures of Muhammad (SA y), samples preserved in the memory of the first Muslims. In addition, they include the prayers of the Sunnah, mustehab (chosen, the most artistic technique), in the religious term Muhammad (S. A. u) the actions of the Prophet, which were sometimes performed and sometimes not performed, and some puffed (additional) prayers and posts. The reading of the Attahiyat prayer is given. Joint prayer, reciting kamat (dhikr, encouraging Muslims to perform obligatory prayer) and performing sáahu (erroneous) worship are two additional worship performed at the end of prayer to correct some mistakes made in prayer. If a person makes a mistake in prayer, does not recite one prayer, or reads an extra surah, or forgets about it, then at the end of the prayer he performs the sáahu. The person making this bow, after reading the Attahiyat prayer in the last seat, greets both sides, says “Allahu Akbar” again, makes a bow to the ground twice and sits down again. Then he recites the prayer “at-tahiyat” and the prayer “Rabbana atina” and greets both sides. In general, this book contains the rules of prayer in Islam.