The Minister of Culture and Sport visited the Turkestan 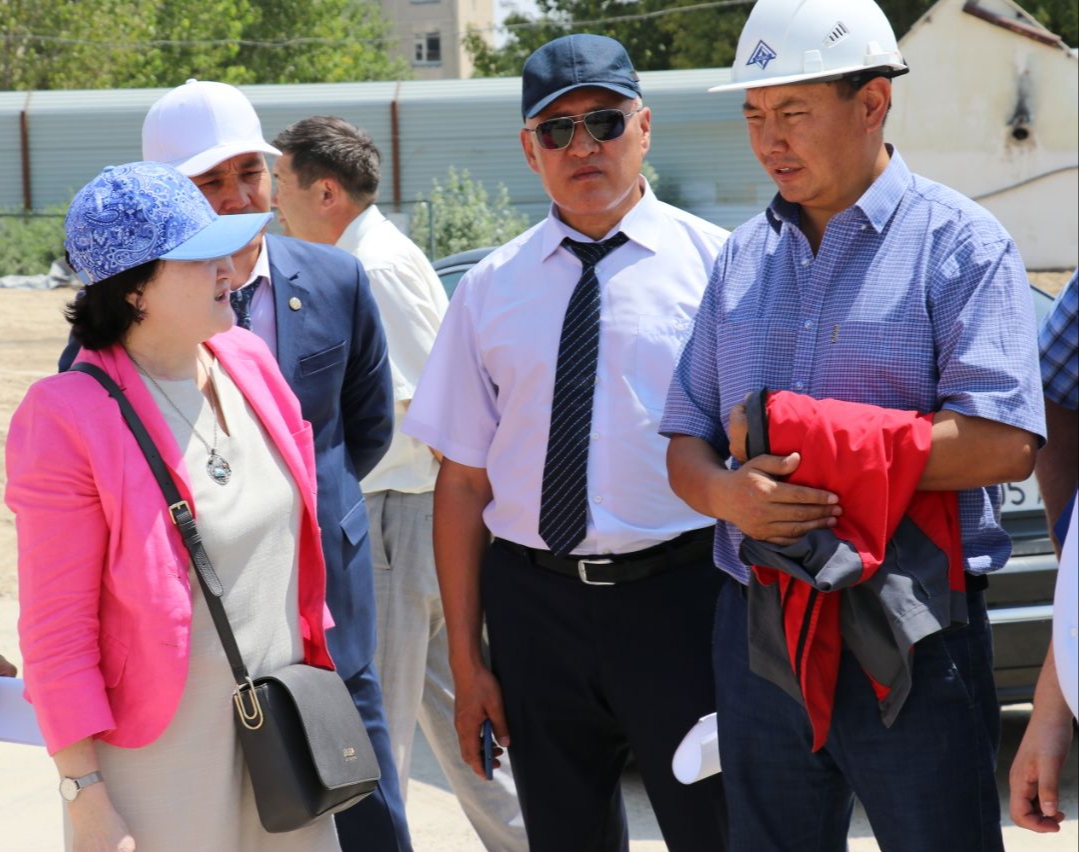 The Minister of Culture and Sports Mrs. Aktoty Raiymkulova visited to Turkestan on a special purpose. 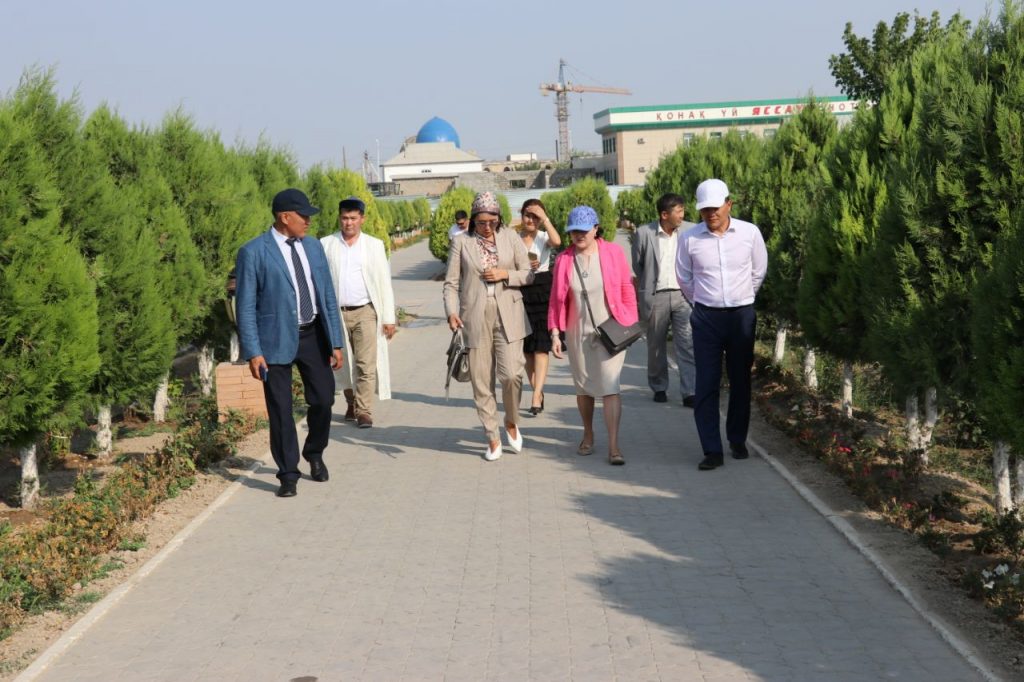 During the visit, the Minister was informed on the construction of “Azret Sultan” Sapar (Travel) Center and the Museum of the Hodja Akhmet Yassaui and State Historical and Cultural Museum-Reserve named “Azret-Sultan”. The Minister said the importance of the Sapar (Travel) Center in Turkestan and she continued her speech that the museum would be work with the providing equipment, creating a comfortable environment for tourists and exhibition halls. 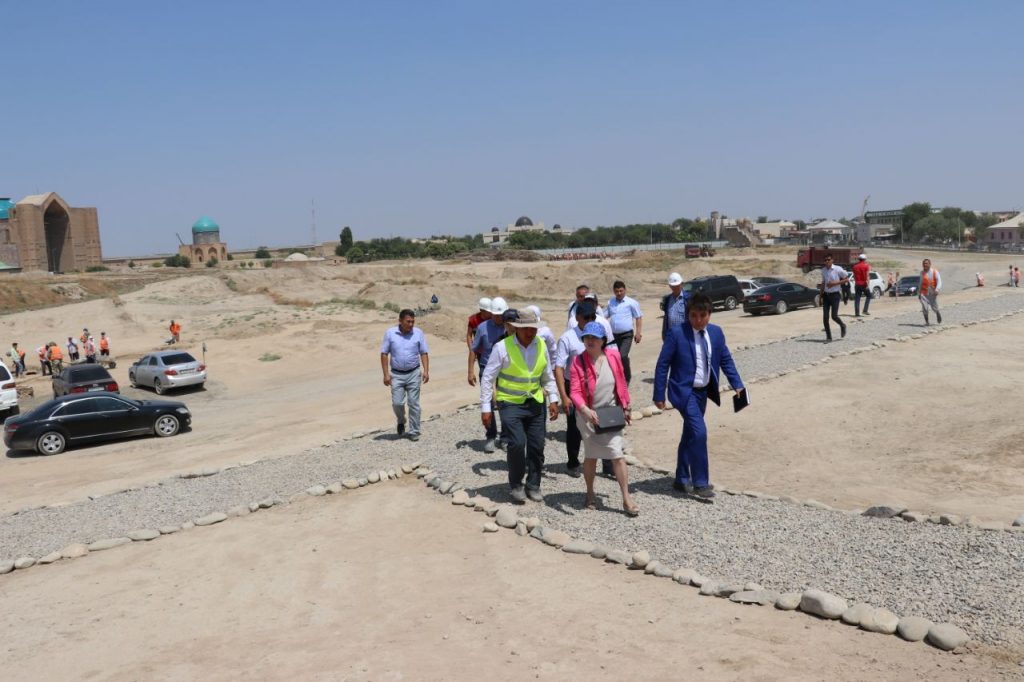 She assigned special tasks for the resettlement and conservation and restoration of the area in relation to the archaeological excavations of 4 hectares in the medieval city of Kultobe. She also gave a tasks for special work of replace the cover at Kultobe’s castle. Scientific – research and restoration work in the city of “Kultobe” aimed at detecting all the historical stages of the monument, and consequently transforming the city into an open sky museum. Researching the history of the city of Turkestan today is one of the most important problems of the science of history. By studying the history of the city now, it gives us the opportunity to learn the details of life in our country. The meetings that decided the fate of the country were the founders chosen by the previous inns. State Historical and Cultural Museum-Reserve named “Azret-Sultan” – is the oldest city of Kazakhstan in the monuments of the “Sultan”. The city is located 350 meters south of the tomb of Hoca Ahmed Yessevi. 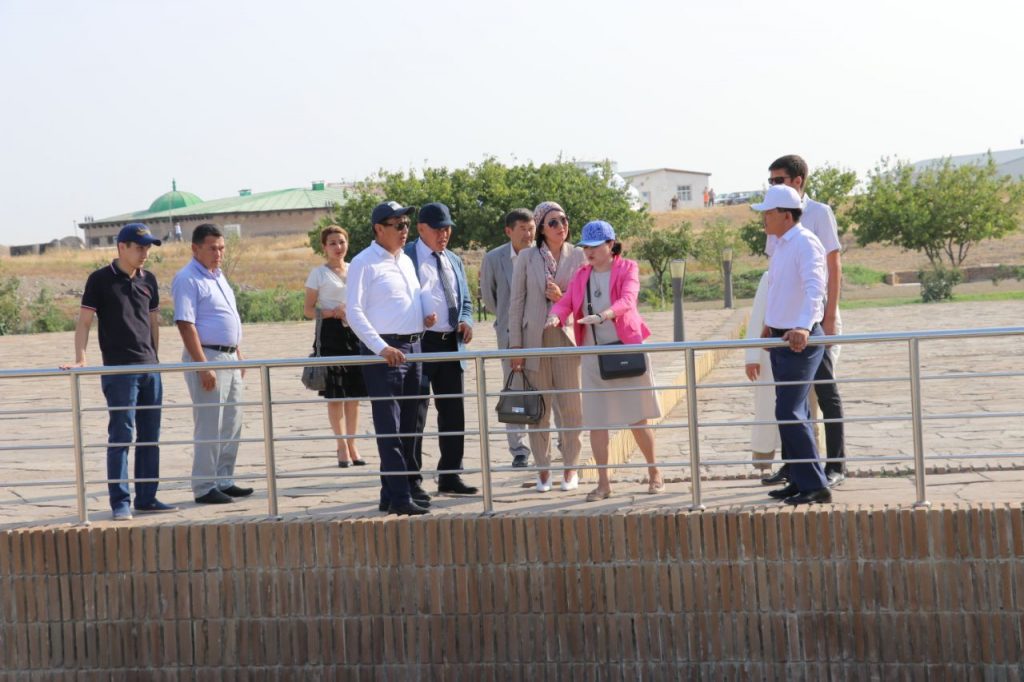 During her visit to Turkestan, Mrs. Aktoty Rakhmetollayeva visited the tomb of Hoca Ahmet Yessevi and donated the souls of the fathers to the Qur’an. In addition, the tomb of Hoca Ahmed Yesevi and Rabia Sultan Begüm Ata and the eight-way wall clarified the works of reconstruction and banqueting on the streets of medieval castles. In addition, 7,000-seat stadium and sports school with Olympic reserve, drama theater, theater and library, construction of the “Boz Great Steppe Country” center and filling with qualified personnel were decided. 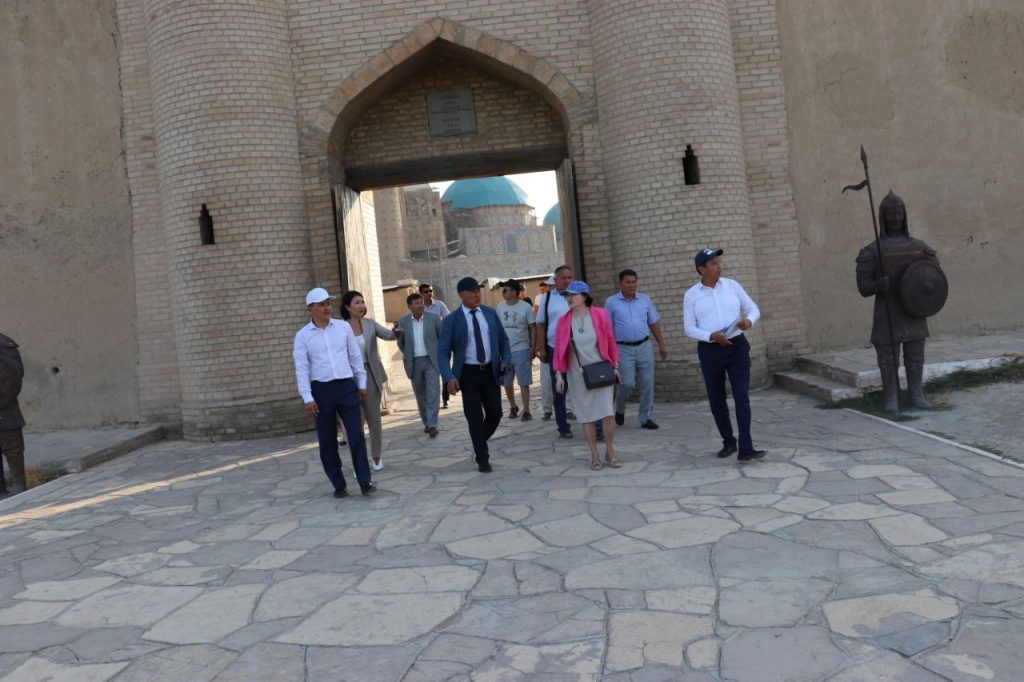 The Resounding Success of the Astana Opera in Tashkent