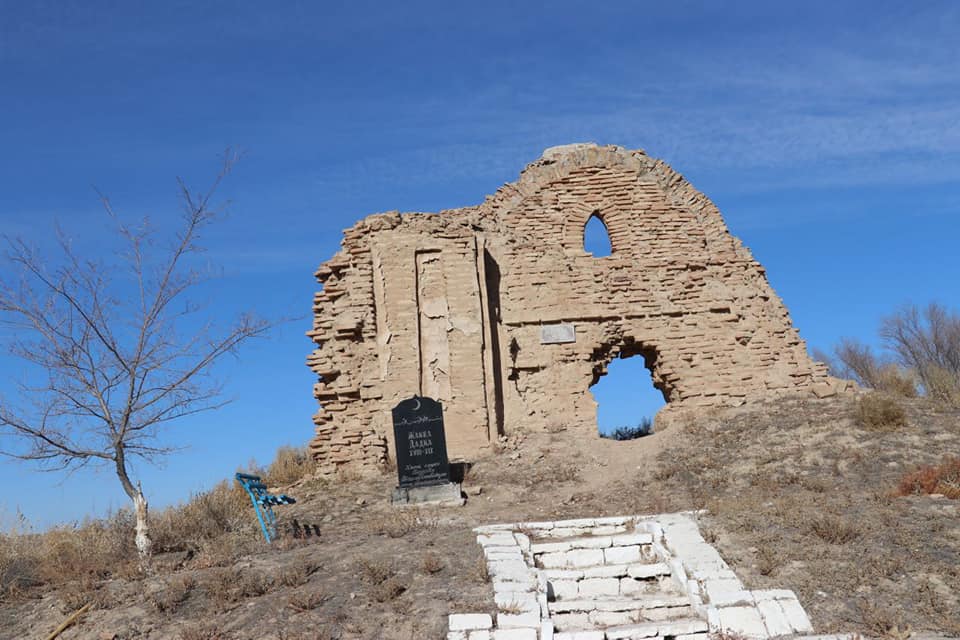 The historical-documentary expedition “In the Footsteps of Yasawi” organized by the State Historical and Cultural Reserve-Museum “Azret Sultan” visited the mysterious Suzak region in order to re-inventory the history of the Turkic world Hodja Ahmed Yasawi, to gather detailed information from his childhood to his disciples.

Suzak district is rich in more than 500 historical, sacred, genealogical places and mausoleums, which are rooted in saints and Turkic people, and are closely connected with the history of the famous Hodja Ahmed Yassavi. The origins and ancestors of Hodja Ahmed Yassavi, who spread his wings in the history of the Turkic people, defined his deep roots and knowledge in the eyes of the world, and bowed down to the whole community in the distant past, are also unique creatures of wisdom and individuality.

“We still know a lot about the history of our ancestor Hodja Ahmed Yassavi. One of our main goals is to follow in the footsteps of Yassavi, to study his history from his parents and ancestors to his disciples. Each generation imagines Yasawi as a mausoleum with a blue dome.” “It is necessary to know its origin and connection with historical figures. This is the purpose of the historical-documentary project” In the footsteps of Yasawi “. The teachings of Yasawi are spread to many countries. In the future we must follow the path of Yasawi and group large worlds,” said the Hazrat Sultan Reserve. – Director of the museum Nurbolat Akhmetzhanov. 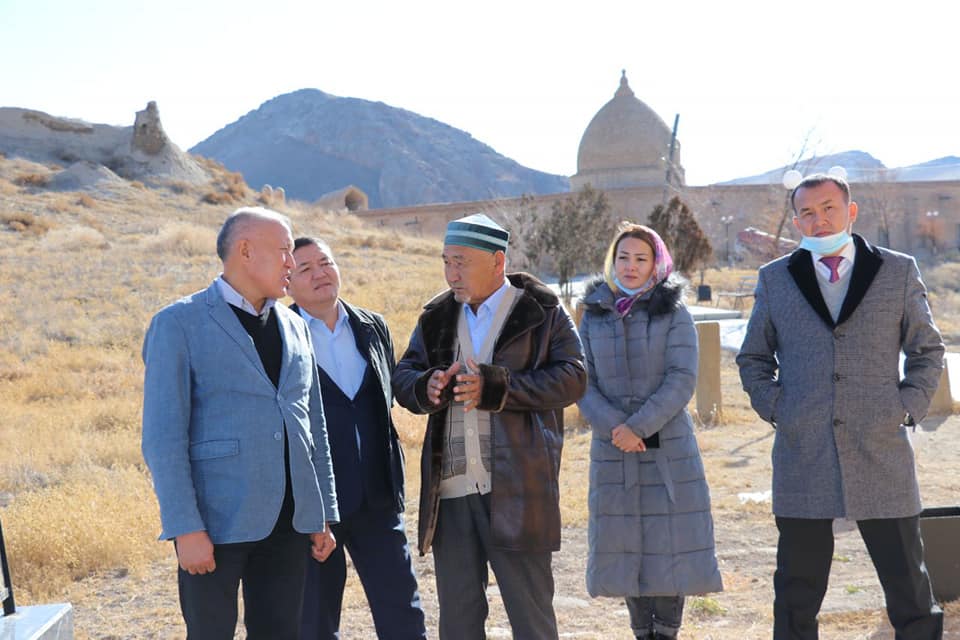 “The genealogies show that Isaac Bab came to Turkestan in 150 AH. He settled at the head of the Karakoz spring in the Karatau, which was the most remote border of the steppe Turks at that time. He built a mosque, a madrasah, taught children and opened the eyes of the Kazakh tribes to Islam. He was buried there and was buried on his head. Since then, the place where the great sheikh was buried was called Bab-ata by the locals, “said Nurgaisha Balaubekova, the head of the Suzak district department of culture and language development. 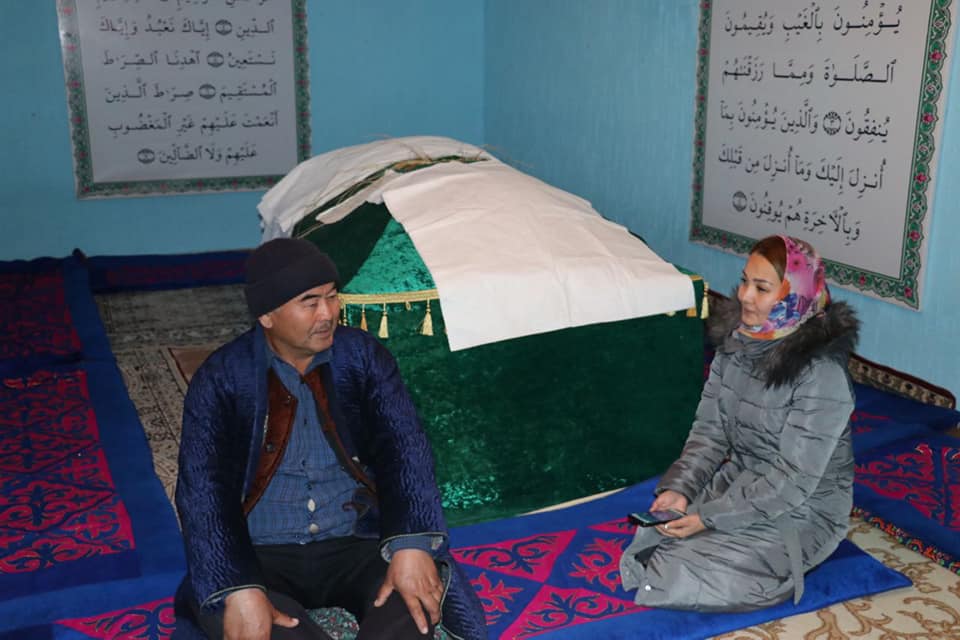 The mausoleum was built on the site of the former town of Balaj. The mausoleum house differs in its construction and method of construction. There are basically two domes. One is big, the other is small. Underneath the younger are the saint Isaac and his wife and children. The diameter of the rear small dome is about 25-27 meters, the largest – 36 meters. It was believed that a “funeral prayer” would be held under the large dome. In appearance, the Isaac Bab Mosque is reminiscent of the mausoleum of Ahmet Yasawi. The research on Isaac Baba is reflected in the works of famous scientists Kolosovsky, Aristov, Castagne and local writers M. Zhamekov, D. Turantegi, “said local historian Bekzhan Kopzhasarovich.

According to the elders, the preachers began to build a mosque on the tomb of Isaac Bab in 1883, and the researcher V. Kolossovsky wrote in 1901 that the tomb of Isaac Bab was 1025 years old. The tomb was built in 876. Sagana is a mosque and a madrasah. The place for their brick kilns – tandoor ovens – is still preserved. 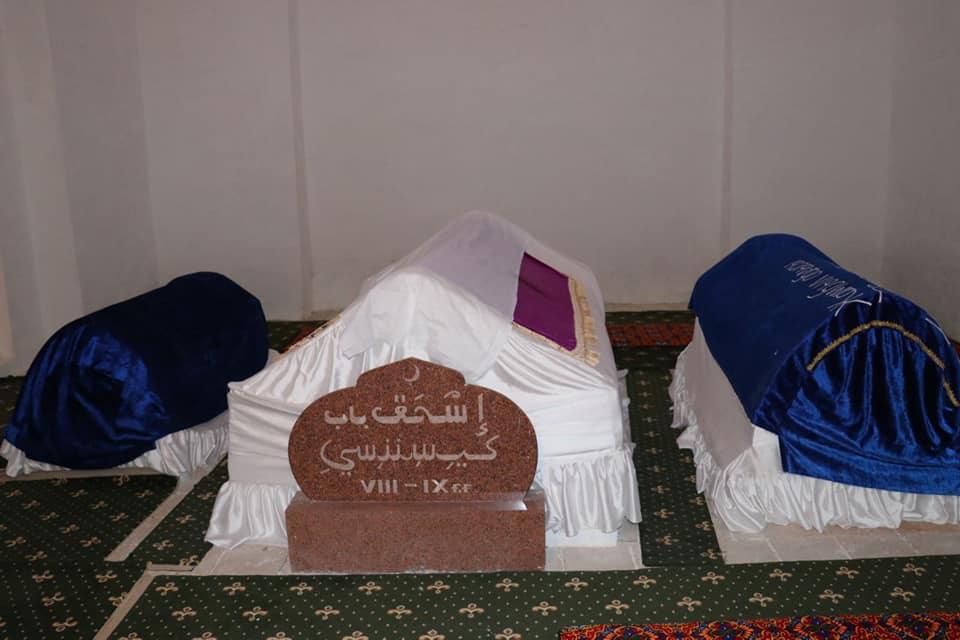 “There are many legends that Isaac’s religion did not invade the country in a peaceful way, but wisely and religiously. In the Soviet era, the local people built a special warehouse to keep the mausoleum from being destroyed,” he said. The lighthouseman of the mausoleum is Ahmet Anuarov.

During the visit, members of the expedition got acquainted with the history of Karabura mausoleum and Baba Tukty Shashty Aziz, a close relative of Hodja Ahmed Yassavi and a well-known cleric who attended the funeral.
According to local historian Nurmakhan Seitmakhanuly, the locals call the place where Abdulaziz was buried “Saint Kazanshi Ata”.
According to the name of the saint, Abdulaziz carpenter, after ordering the famous Amir Temir to pour Taikazan, gave a vision to Hodja Ahmed Yassavi, who was pleased with the master, and sent him to Mecca, where he was buried near the mausoleum of Saint Karabura. That is why the mausoleum of Saint Kazanchi and Saint Karabura are located close to each other. 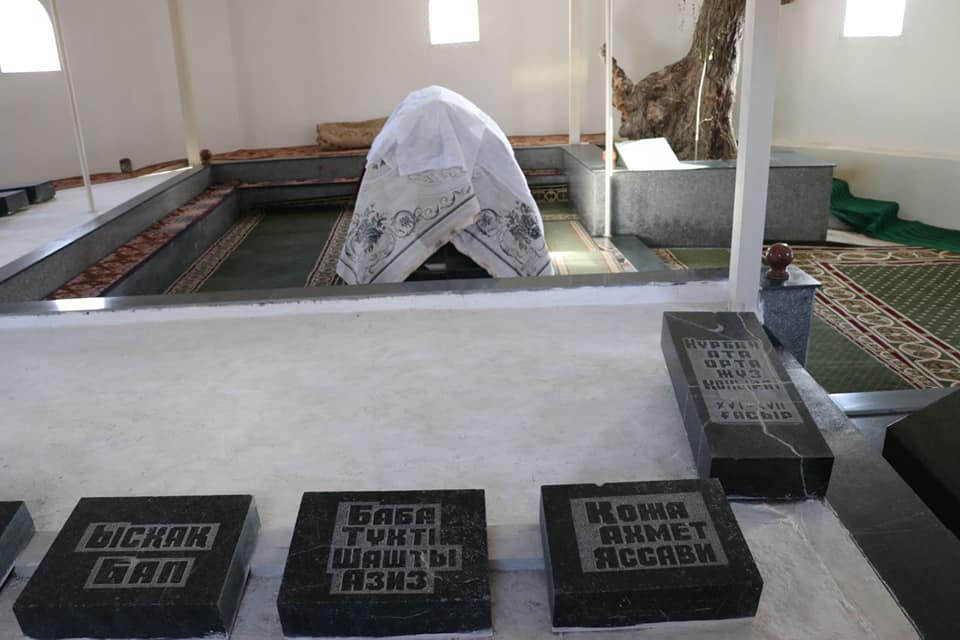 Research will also continue on Yassavi’s teachers and students in Kazakhstan and around 20 countries.