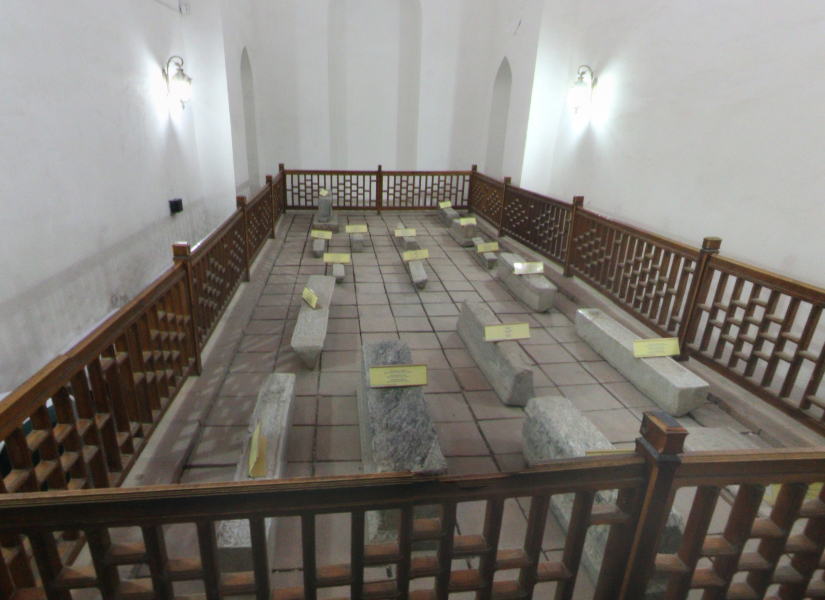 Small Aksaray — a room where for six hundred years the most respected people were buried.

Small Aksaray is a room that looks stretched under the influence of deep openings on the walls. At the time when the mausoleum served as the residence of Kazakh khans, it occupied this room as a waiting room.Through the openings of the second floor you can go to the adjacent corridors. The room is covered with a small hexagonal dome. The light falls from a single window above. The walls left on the panel are not decorated. On June 3, 1999, more than three hundred graves were again buried in this small Aksaray room. Now in this room khans, sultans, dances and batyrs of the Kazakh people found eternal breath.

The new Mausoleum of Hodja Ahmed Yassawi and the burial of prominent people around him were approved. Within the Mausoleum of Hodja Akhmet Yassawi, in the Kazan Hall there was the tomb of the Kazakh khan Zhanibek’s daughter Amanbike (now living in the room of Little Aksarai). It is written on his page: “The owner of this cemetery is the daughter of Aman Bike Barakuly Zhanibek, who is forgiven, forgiven (God Almighty). He died in June / July 1519 in the Rajab Province of 925 years. ” This inscription is here, one of the founders of the Kazakh Khanate – Zhanibek (1469-1474).