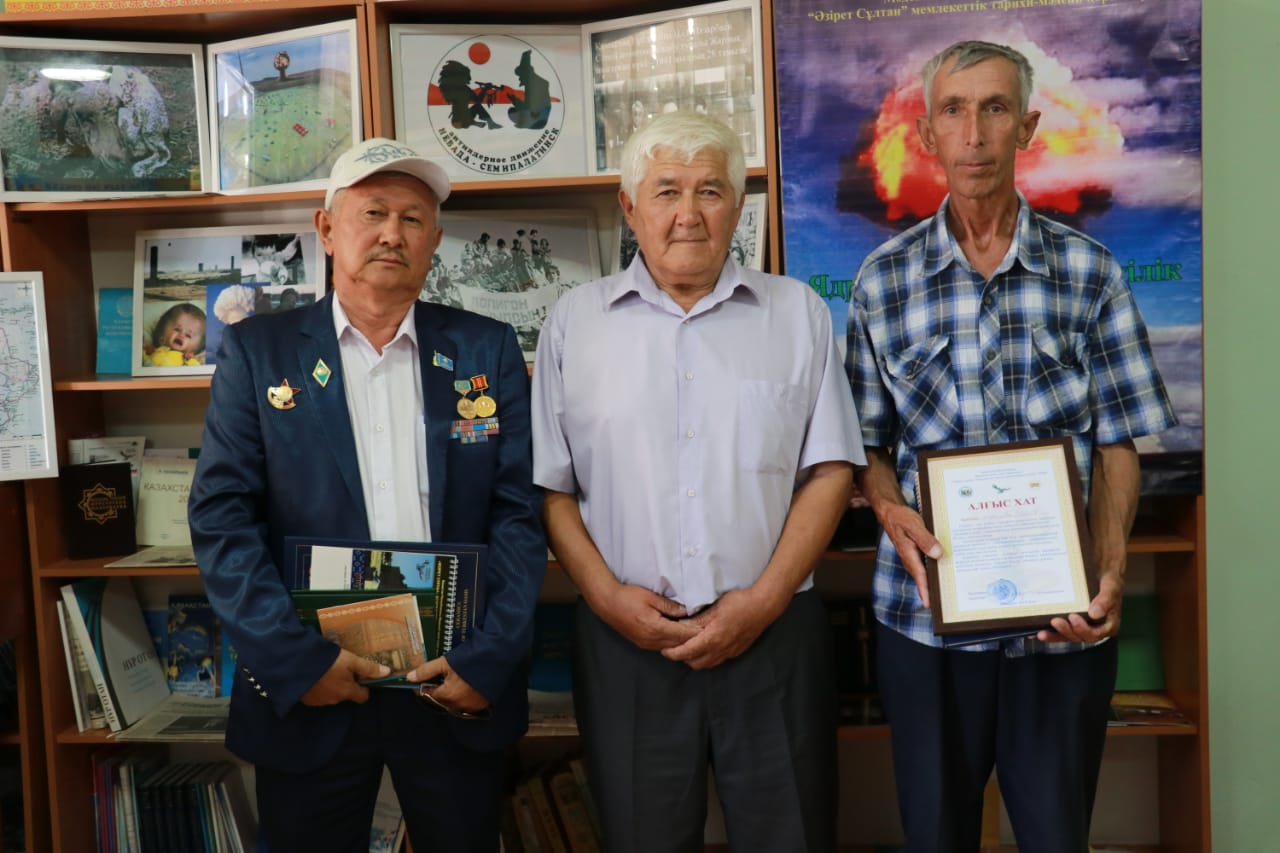 The photo exhibition “Nuclear Tests – Eternal Disaster” was organized by “Azret Sultan” the State Historical and Cultural Preserve-Museum under the Ministry of Culture and Sports of the Republic of Kazakhstan.

The event, dedicated to World Nuclear Weapons Day, was attended by the Deputy Chairman of the Public Association “Semipalatinsk nuclear test site” Kurtalay Salykbaev, members of this association Sarsenbai Seisenbekov, Tair Nabiev and employees of the “Aziret Sultan” reserve -museum and mass media.

The exhibition was opened by Murat Tastanbekov, Deputy Director of “Azret Sultan” the State Historical and Cultural Reserve –Museum.

“August 29, 2010 is critical to averting global and nuclear threats. It is known that this day was included in the UN calendar with the support of the UN General Assembly. The Semipalatinsk nuclear test site was closed by Decree of the first President of the Republic of Kazakhstan Nursultan Abishevich Nazarbayev of August 29, 1991. Kazakhstan is the first country to take such a step. “The leader’s initiative is a dynamic step towards a healthy and painless future,” said Murat Meirbekuly.

Guests of the event also voiced their opinion on peaceful life and the world without nuclear weapons.

At the exhibition there were presented about 50 paintings about the dangers and sufferings of the nuclear test, and the harmful effects of health.