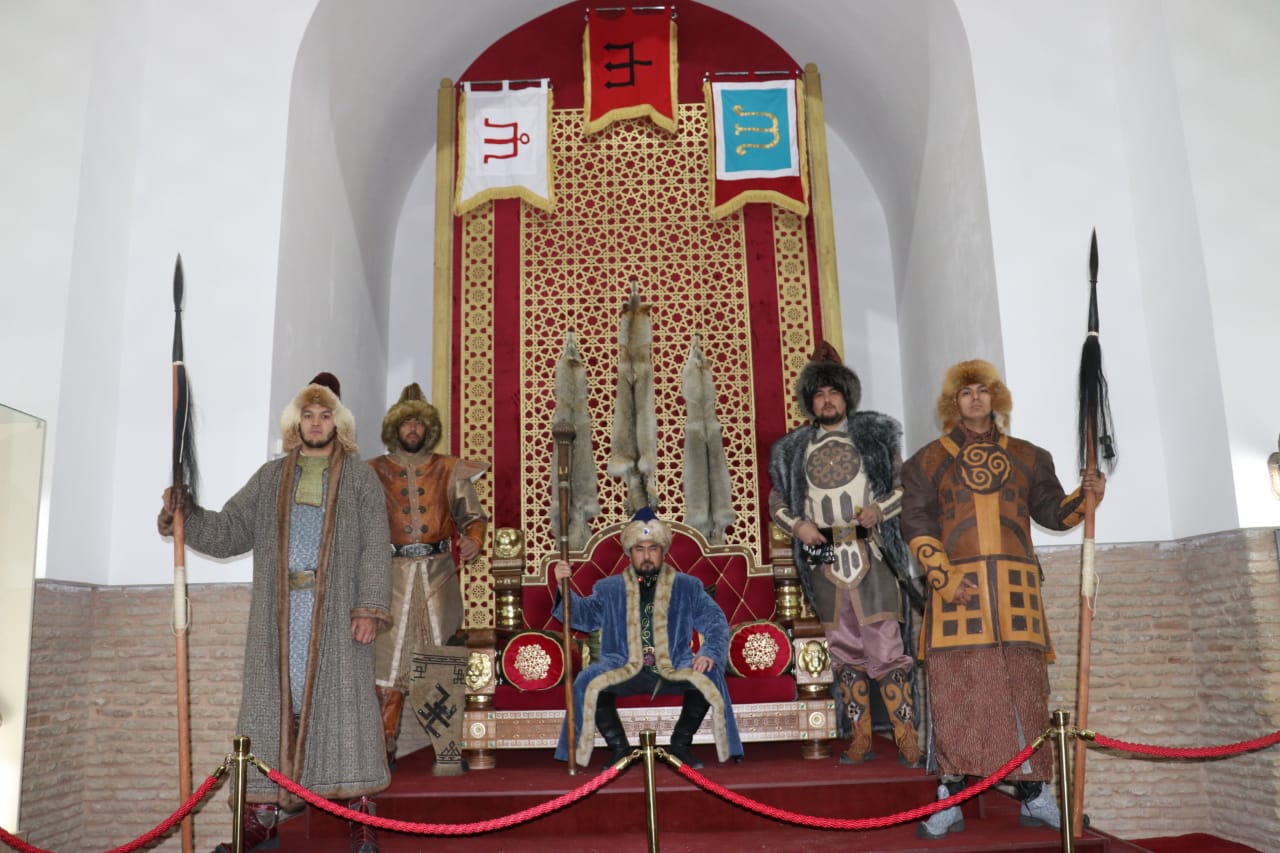 On the threshold of the Independence Day of the Republic of Kazakhstan, the cultural event “Museum Night” was held in the Mausoleum of Khoja Akhmet Yassawi. Historical, spiritual and cognitive events held by the State Historical and Cultural Preserve-Museum “Aziret Sultan” within the framework of the “Museum of Parade” organized by the Ministry of Culture and Sports of the Republic of Kazakhstan were attended by scientists, archeologists, intelligentsia and members of the Council of Veterans, employees, students, residents and guests of Turkestan. 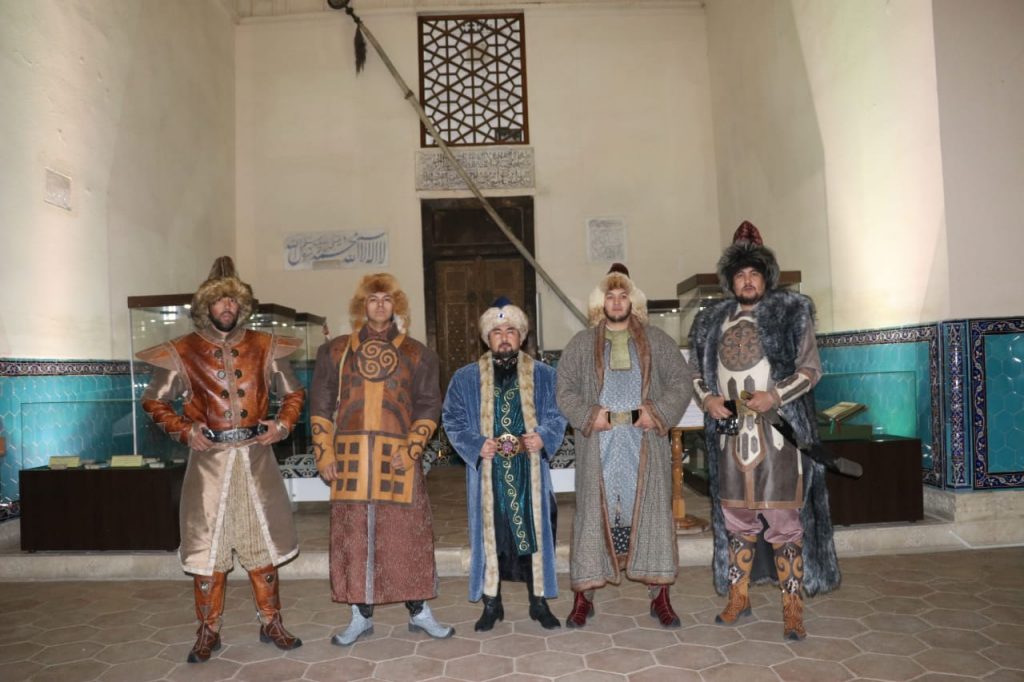 The cultural event “Night of the Museum” began with dedication to the khans and sultans buried in the mausoleum, to the dignitaries and the good ones. 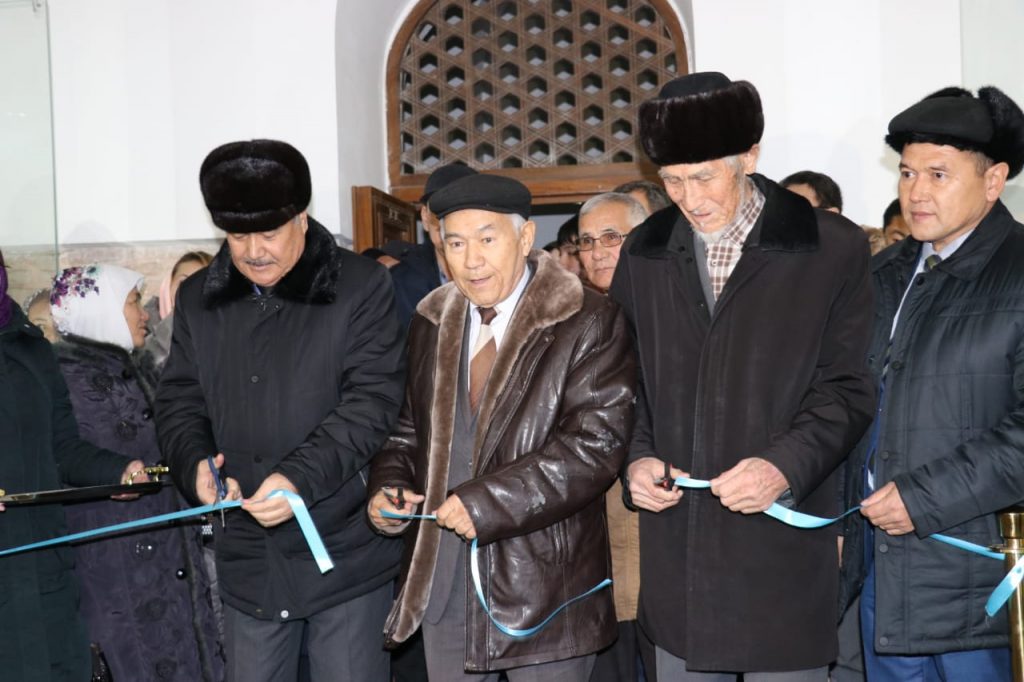 Murat Tastanbekov, Deputy Director of the State Historical and Cultural Preserve-Museum “Azret Sultan”, opened the event for the second time. 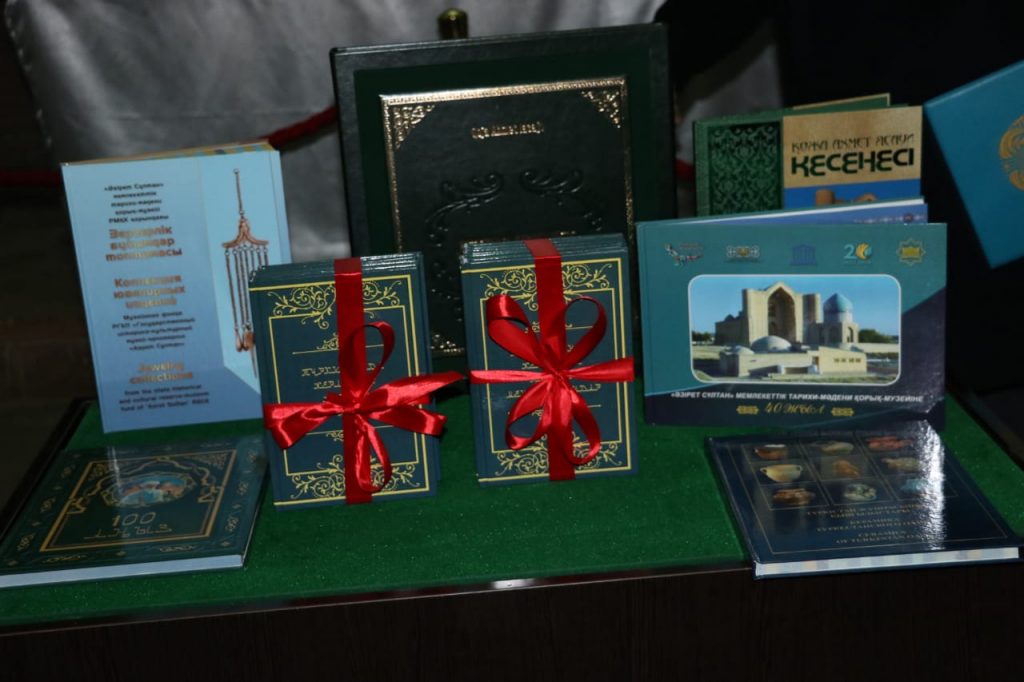 The presentation of the exhibition “Turkestan – the Ak Orda of the Kazakh Khanate”, created in the big Aksaray room, and in library of the book “Khans and Sultans buried in Turkestan”, published on the basis of the article “Seven sides of the Great Steppe”. In addition, in the boiler room was opened and presented an exhibition titled “mountainer of Independence – own tkenge” dedicated to the Independence Day. 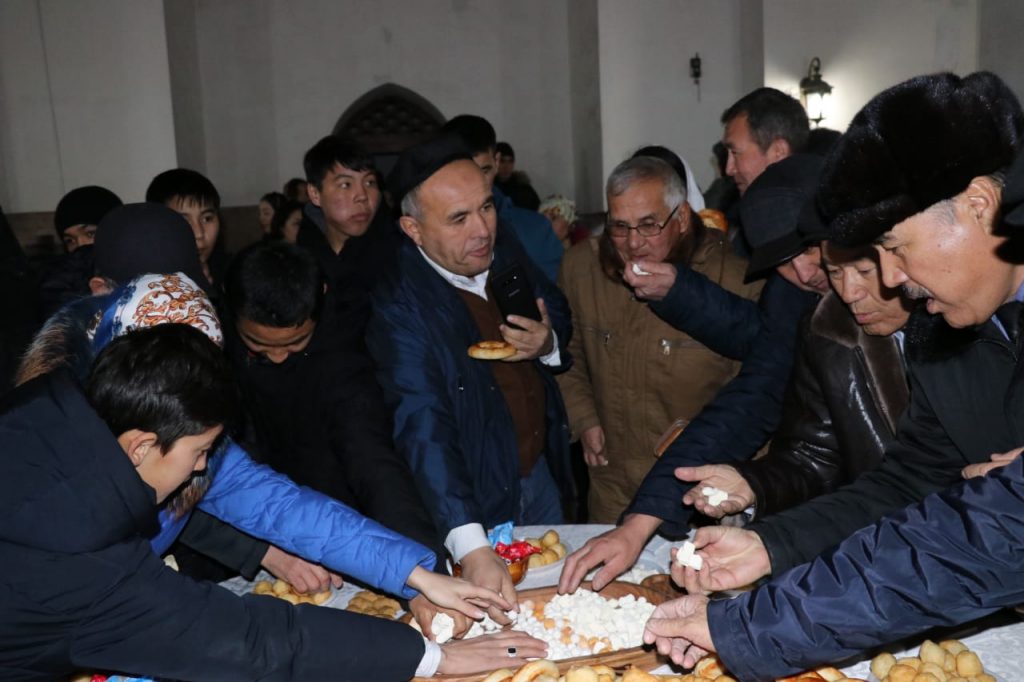 The audience got acquainted with the exposition of the dining room and tasted one ton of baursaks, bread and national dishes.
In the boiler room, the audience enjoyed the performance of the “Melody of the Saints”, and the guests who came to the event were drawn from the audience and enjoyed the Yassawi’s excitement. Cognitive excursion in the mosque, library, quay rooms in the historical and cultural event
, a cinema hall was presented at the exhibition hall of the exposition, dedicated to the life and work of the state and public figure Uzbekali Zhanibekov. 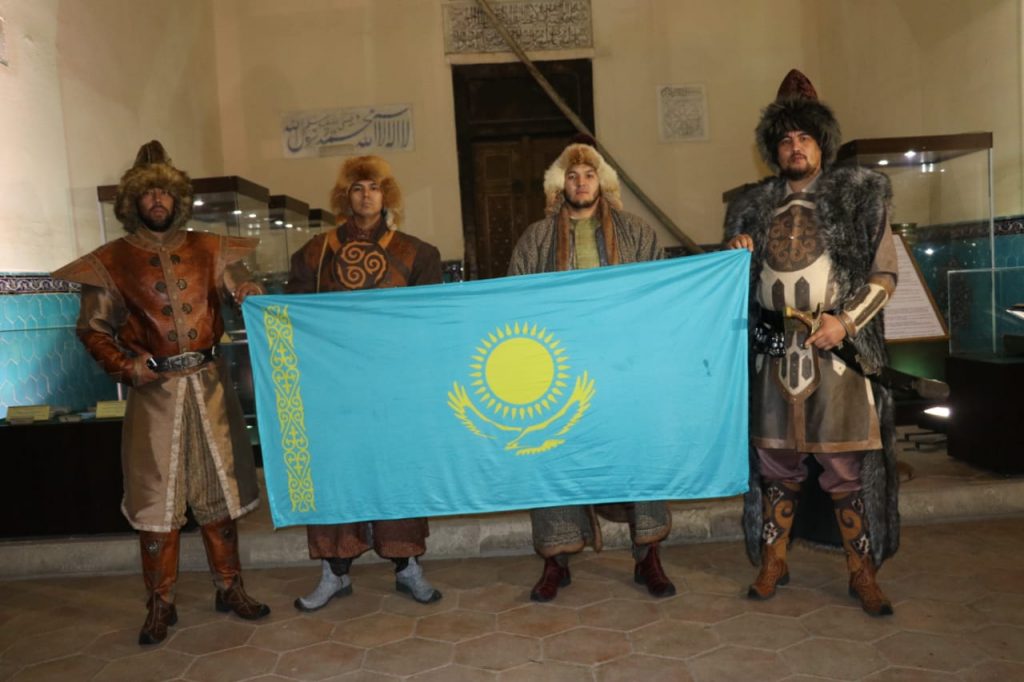 Visitors to the museum were taken to the historical monuments through the 3D tour, taking pictures of the khan, the heroine with a giant herd.

The Night Night event lasted until 03:00. The exhibition-lecture “Great Individuals of the Great Steppe”

Scientific and methodical expedition ” Truth from the legend” has begun