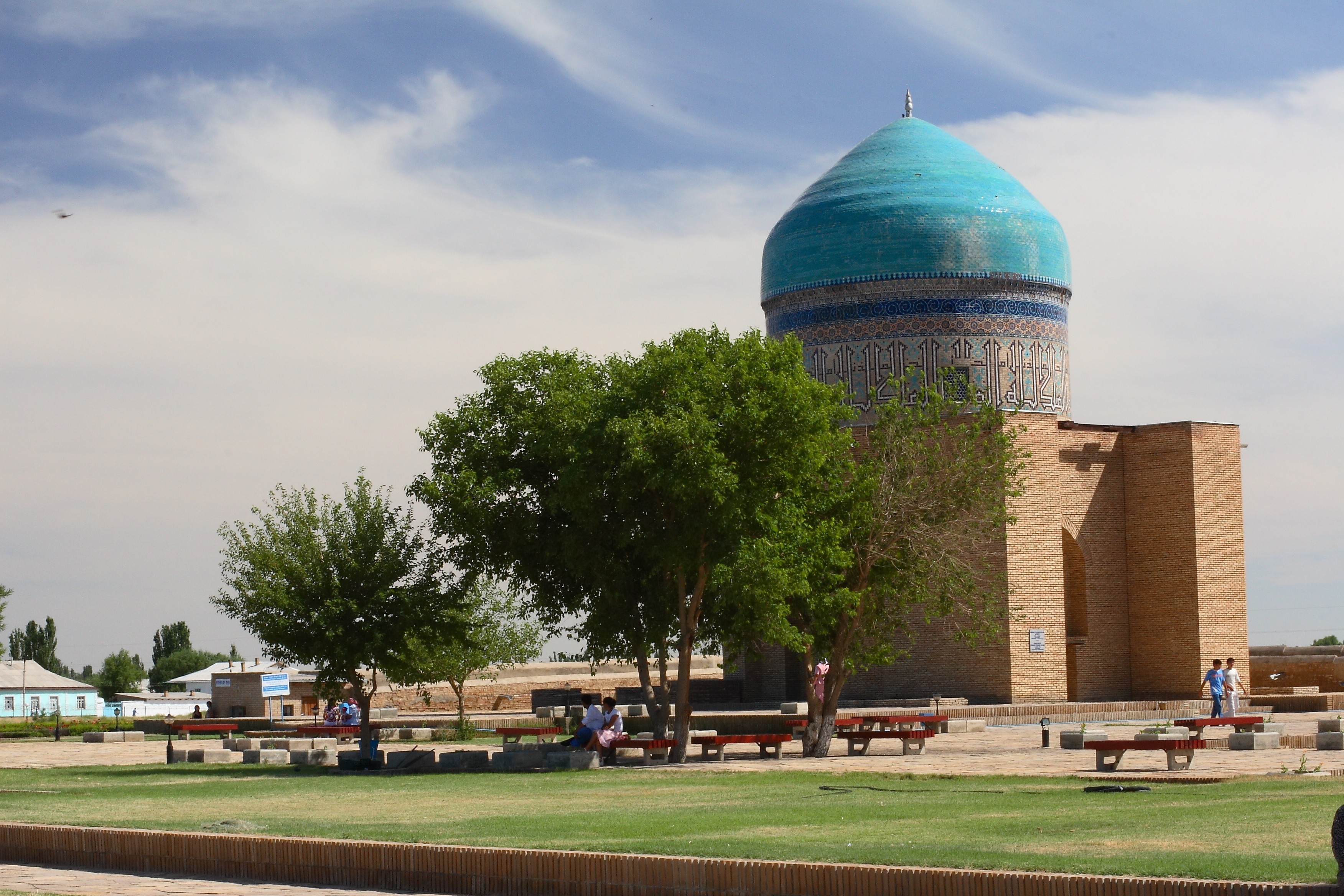 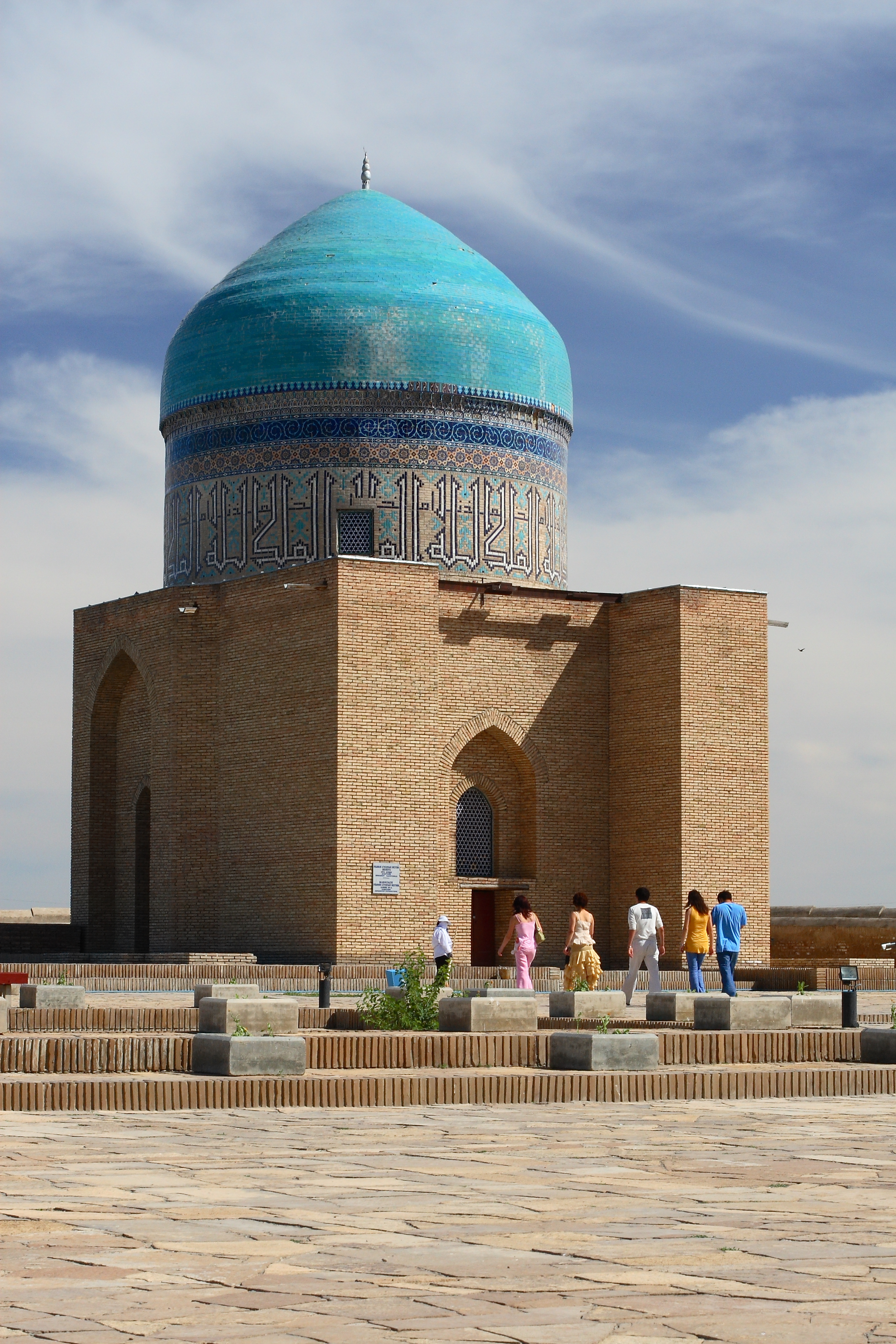 Historical and architectural monument. The national monument of the status. Coordinates: 43˚17.830, 068˚16.317. The 220 mm in height above sea level. Sultan Rabïya Begim descendant of Timur, the daughter of the famous scientist, astronomer Ulugbek, To Shaibani Abul Khair Khan married, landslides and fitted khans mother, 16 years after the death of Abul Khair Khan lived and died here in Turkestan. A specially built mausoleum itself, a son and three, including his grandson is buried. His tomb: “This is a powerful Amir Timur visionary son, who died a martyr’s death, the daughter of the great son of the Sultan, Ulugbek visionaries, the nobility of God’s forgiveness and amnesty a good live Rabïya the location of Sultan Begum find peace” written words. The facade of the mausoleum in the form of an arch above the pointed tip. A height of 20.6 meters, 11 meters total width of the facade. The distance is around 6 meters arch of the mausoleum faces 3,5metr. The central part of the cylindrical drum, covered with a dome above. Mazar mainly 5 rooms, located in the center of the 8-sided hall, and four are in the room. Other elevations 5 to form an arch in the front of each groove. The monument was destroyed before our very strong position. Found during archaeological research of large-scale monument to be mayolïkalıq and glaze tiles will serve to express an opinion that is completely covered with polychrome qaptawlarmen. In 1954, scientists conducted the first study of the monument was K.A.Şawrïn. At the beginning of the 1980s, fully restored. In 1994, the “historical and cultural monuments in the lineage of” South-Kazakhstan region included in the set of №590.6-digit number from the jurisdiction of the state.