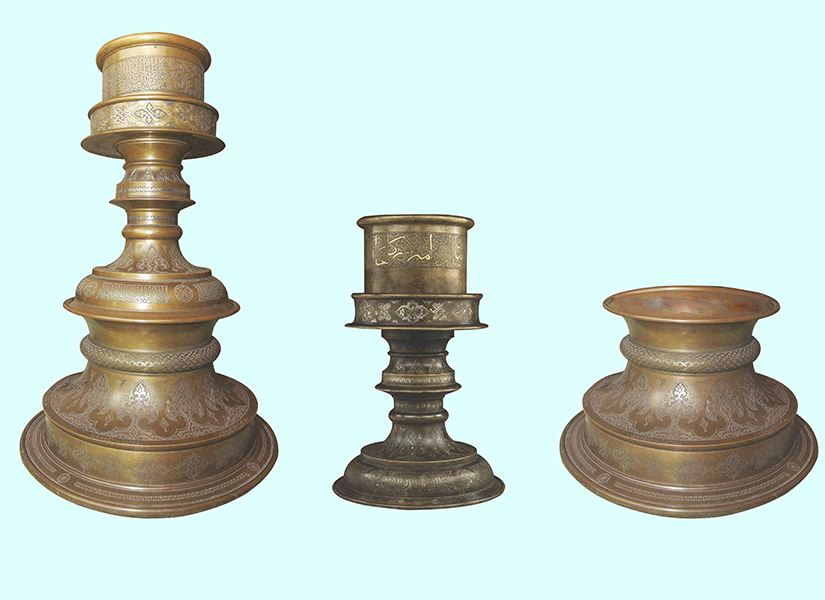 Bronze lamps donated by the great commander Amir Timur, which has been stored from the XIV century  in the mausoleum of Ahmed Yasawi, They were installed as a stand for lighting the mausoleum. Lamps were poured from the seven different metallic impurities, such as bronze, silver, gold, silver and Isfahan bronz by an Iran master, the slave Gizziddin bin Tazhiddin. The surface of the lamps is decorated with ornaments of plant origin, in the belts there were words written by the signature of the sulus. Several lamps were sold abroad, before moving into state ownership. One of them was taken from the mausoleum of Khoja Ahmed Yasavi in ​​1935 to the Hermitage in St. Petersburg. The height of the lamp is 84.5 cm, registration number Iqv No. SA-15931. The second upper part of the large lamp is stored in the Museum of the Louvre in Paris. It is not known how this lamp led to France.

The Tomb Of Khoja Ahmed Yasawi