In the mausoleum of Khoja Ahmed Yasawi, 100 prayers of the Koran were performed for the spirits of ancestors 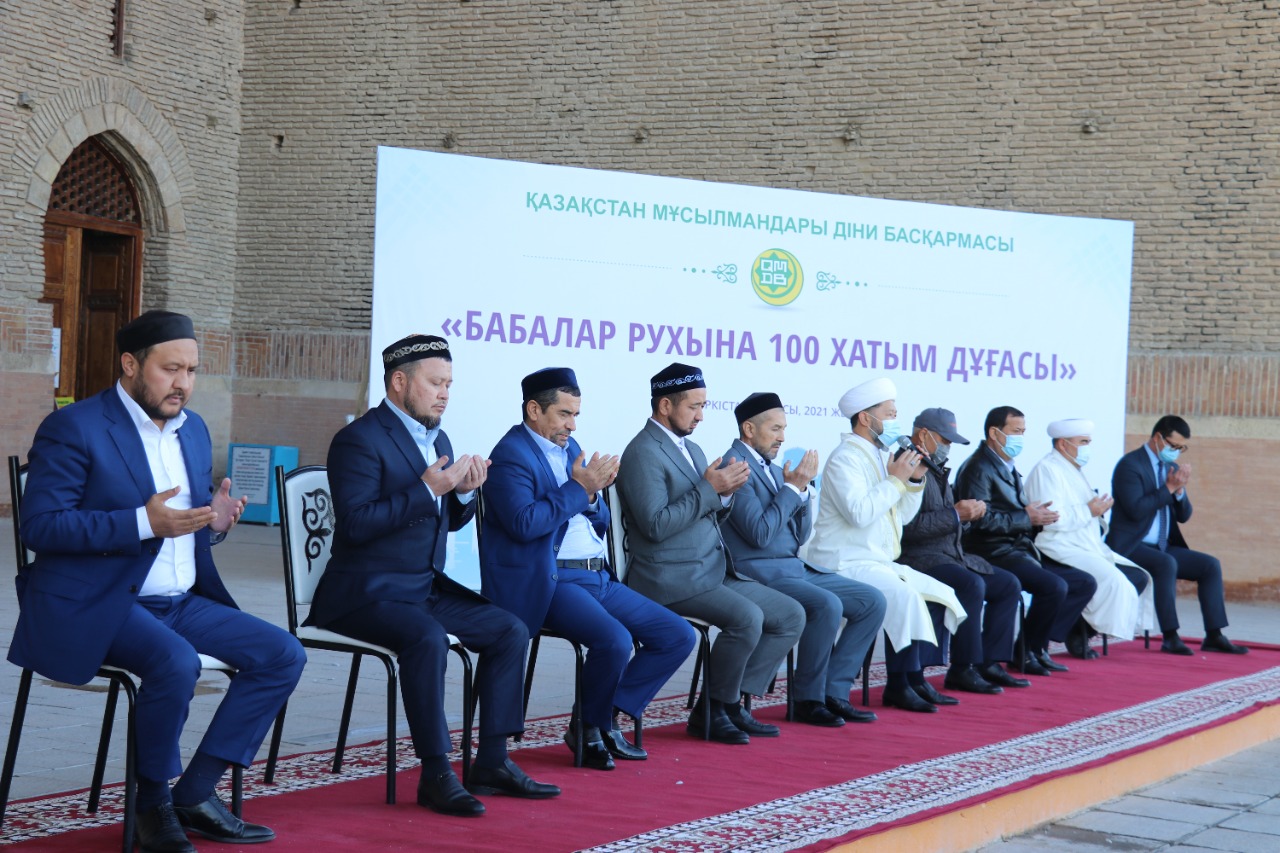 The event, organized by the Spiritual Administration of Muslims of Kazakhstan, was attended by the Chief Mufti of Nauryzbai kazhy Taganuly, akim of Turkistan region Umirzak Shukeyev, well-known in our country hafiz, the main imams of the region and young hafiz from different regions.

At the historic event, the Chief Mufti of Nauryzbai kazhy Taganuly said: “We are a nation honoring our ancestors, paying tribute to the spirits of the saints. On the eve of the republican Koran contest, our Hafiz read the Koran a hundred times in full. Today we dedicate this holy verse of the Koran to the spirits of our ancestors. The Hadith-Sharif says: “Indeed, Allah (with the prayer of the good generation) raises the rank of the servant. Then the person asks, “Why is this?”. Allah answers: “Because of the prayers of your descendants.” We hope that through our prayer, the spirit of our ancestors will be benevolent. Happiness and prosperity to the country and the people,” he said.

The priests and the Hafiz, headed by the Chief Mufti, dedicated the Holy Koran to the spirits of our batyrs, khans and sultans, the ancestors of those repressed in not the best of times and wished blessings for the welfare and future of our country. They also prayed for the future of an independent country and the unity and well-being of our people.

As part of the event, the Chief mufti inspected the premises of the mausoleum of Khoja Ahmed Yasawi: the tomb, the mosque, the boiler room, the well, the library, the big Aksaray, the small Aksaray. After that, together with the acting director of the State Historical and Cultural Reserve-Museum “Azret Sultan”, Ersin Tazhibayev, held negotiations on the introduction of a pilgrimage regime for visitors to the Mausoleum and the approval of religious principles in accordance with the concept of the small Hajj.

PEOPLE WITH DISABILITIES VISITED THE MAUSOLEUM OF KHOJA AHMED YASAWI

The guides exchanged experience and improved their skills in Turkey