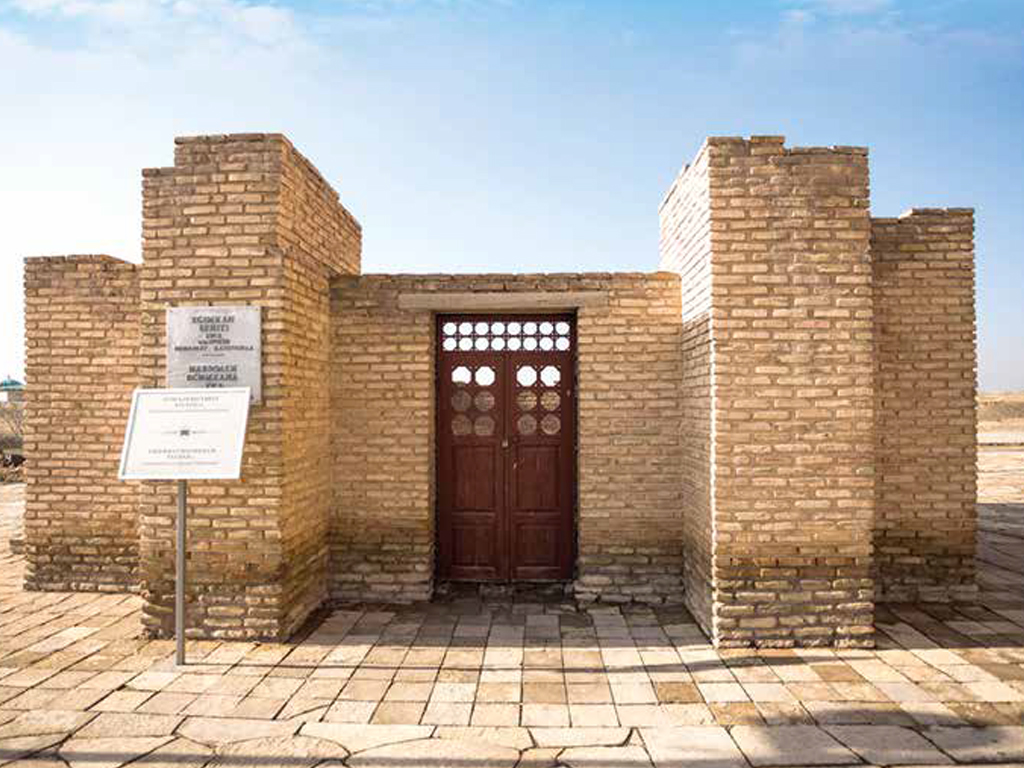 Esim khan ruled Kazakh khanate from 1598 to 1628, he represented Genghiz Khan’s dynasty. The son of Shygai khan. We know that Esim khan’s father was khan for the period from 1580 to 1582. From Kadyrgali Zhalairi materials about Shygai khan, becomes obvious that he spent all his life in battles. Being valiant warrior he fought bravely with enemies and known to his people as courage. Esim khan was one of twelve sons of Shygai khan, the fourth son after Seitkul sultan and Tauekel khan. His mother was a Chagatay Yakshym bike (possibly, Jaksym bike). Esim khan had one mother with Taukel khan (Kadyrgali Zhalair, 1997: 122–123). His full name was Esmohamad (Ishmohamad), but as per written sources, oral and historical literature he might be as Ishim, Ashim or Esim. We don’t know the exact year of Esim khan’s birth, we can only assume. According to Kadyrgali Zhalairi manuscripts about Orazmohamad, it is known that “at the age of eight he lost his grandfather Shygay khan… At thirteen his father Ondan sultan dies. …At sixteen he was ready to service Boris Fedorovich, a Christian tsar”.”. Consequently, Esim khan’s brother was born in 1555 and died in 1585, while Esim khan was born approximately in 1560. Only three sons of Esim khan were mentioned in sources with no information about the rest. His sons, Janibek sultan, Jangir khan (Jakhanger) and Syrdak sultan. After Esim khan, the throne was gained by his sons Janibek and then Jangir khan. A well-known Tauke khan, son of Jangir khan, grandson of Esim khan. Esim sultan’s name was firstly seen in documents, describing events of 1598 in Middle Asia and Kazakh khanate policy. At that time Esim was one of the reputable and famous sultans after his brother Tauekel khan. Manuscripts of that time also contain those facts. Esim khan was famous in the history of Kazakh nation as “courageous Esim Giant”, people named him for his successful trip to Mā Warāʾan-Nahr in 1598 together with his brother Tauekel khan. Tursun Sultanov wrote that Esim khan took over the throne in Autumn of 1598 and was most worthy among Kazakh sultans after Tauekel khan (Sultanov, 2000: 212). After Tauekel khan’s death and Esim khan’s takeover, firstly he solved number of problems related with Mā Warāʾan-Nahr. Iskander Munshi describes it as follows: “After a while in Tashkent, Kazakh and Central Asian rulers concluded a treaty with the involvement of Naqshbandi sheiks, that Samarkand Army will take no action against Tashkent” (Velyaminov-Zernov, 1864: 352). It meant that Mā Warāʾ an-Nahr rulers legally approved joining of Turkestan and Tashkent regions to the territory of Kazakh khanate. In the view 3130 of M.K. Abuseitova, such treaty made Turkestan finally became part of Kazakh khanate. Besides, Fergana temporarily became part of Kazakh khanate for 200 years, after Tashkent city (Abuseitova, 1985: 93). Esim khan lived and ruled from Turkestan. Under sultan and his brother Tauekel khan, they joined lands from Turkestan to Samarkand to Kazakh khanate A poem “Isatay-Mahambet” says that under courageous Esim khan, Turkestan city became the capital of Kazakh khanate. And gained the throne Genghis khan, Hoisted his flag over Turkestan, On our Kazakh land Where khans were the rulers. (Shorekov, 1926: 66). That is, since Esim khan, the capital of Kazakh people became Turkestan, former Yasy. For several centuries, Turkestan city established by Esim khan was functioning as the capital of Kazakh khanate” (Karibaev, 2010: 18). The book of Abulgazy khan “Turkic history” says: “… I started living with Kazakh people, and stayed three months in Turkestan with Esim khan. At that time Kazakh khan was Tursynkhan khan” (Abu al-Ghazi Bahadur, 1992: 189). Those lines confirm our thoughts. Since then, Turkestan was the capital for twenty one kazakh khans. In the beginning of XVII century, struggle for power between Tursun, Tashent ruler and Esim khan was very intense. In 1672, Esim khan, supported by East-Turkestan khanate, kills Tursun khan and takes back the power. After Esim khan gained the throne, he concluded a treaty with Bukhara and sought to establish peaceful economic relations with Middle Asia cities. His main goal was to make Kazakh khanate a centralized state. There was a law named “Ancient journey of Esim khan”. During 30 years of ruling over Kazakh khanate, starting from 1598 to 1628 Esim khan struggled for unity and integrity of the state. In the early years of his ruling an ethnic territory of Kazakh nation was formed. Once issues with Tursyn khan resolved, Esim khan returned to Turkestan, the capital of his khanate. About a year’s time in 1628 he died of natural causes at the age of 70 and buried nearby mausoleum of Khodja Ahmed Yasawi. He had his small mausoleum. All Kazakh khans, except for Esim khan’s brother and men of simple folk, who became political, military, spiritual and cultural leaders were buried nearby mausoleum of Khodja Ahmed Yasawi, thereby, raising the status and meaning of the city.