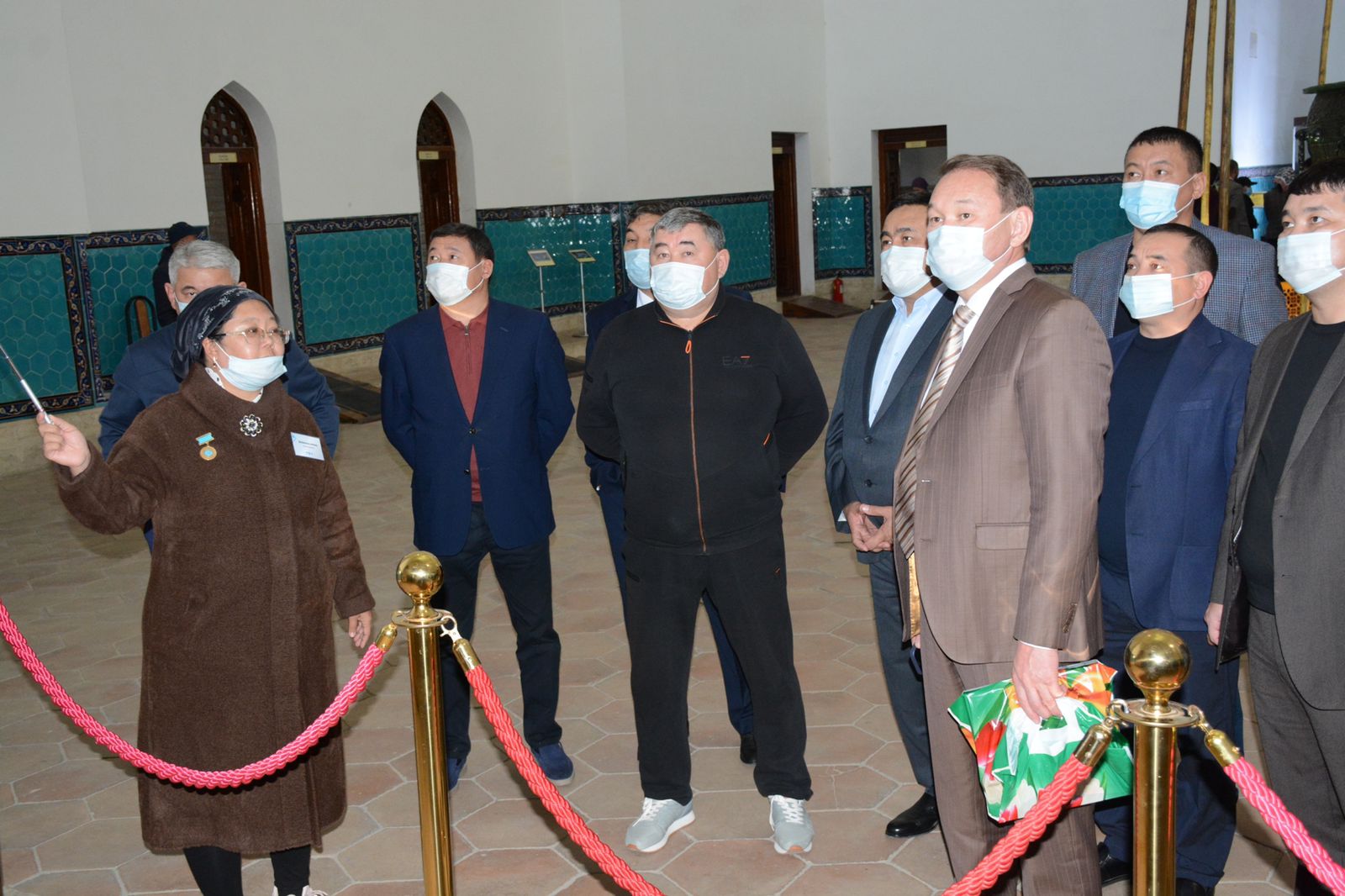 During the meeting, an employee of the Reserve-Museum Ardak Beisenova gave information about the mausoleum of Khoja Ahmed Yasawi, medieval historical sites and heritage.
It should be noted that the Museum-Reserve “Azret Sultan” was founded in 1978 as the Republican Museum of the architectural building of Khoja Ahmed Yasawi. Initially, the museum was created with only about 300 exhibits, but now there are about 26 thousand collections.

The guides exchanged experience and improved their skills in Turkey