Balbal stone with the image of a warrior of the VIII-IX centuries, preserved in the fund of the Museum of Historical and Cultural Reserve “Azret Sultan”. 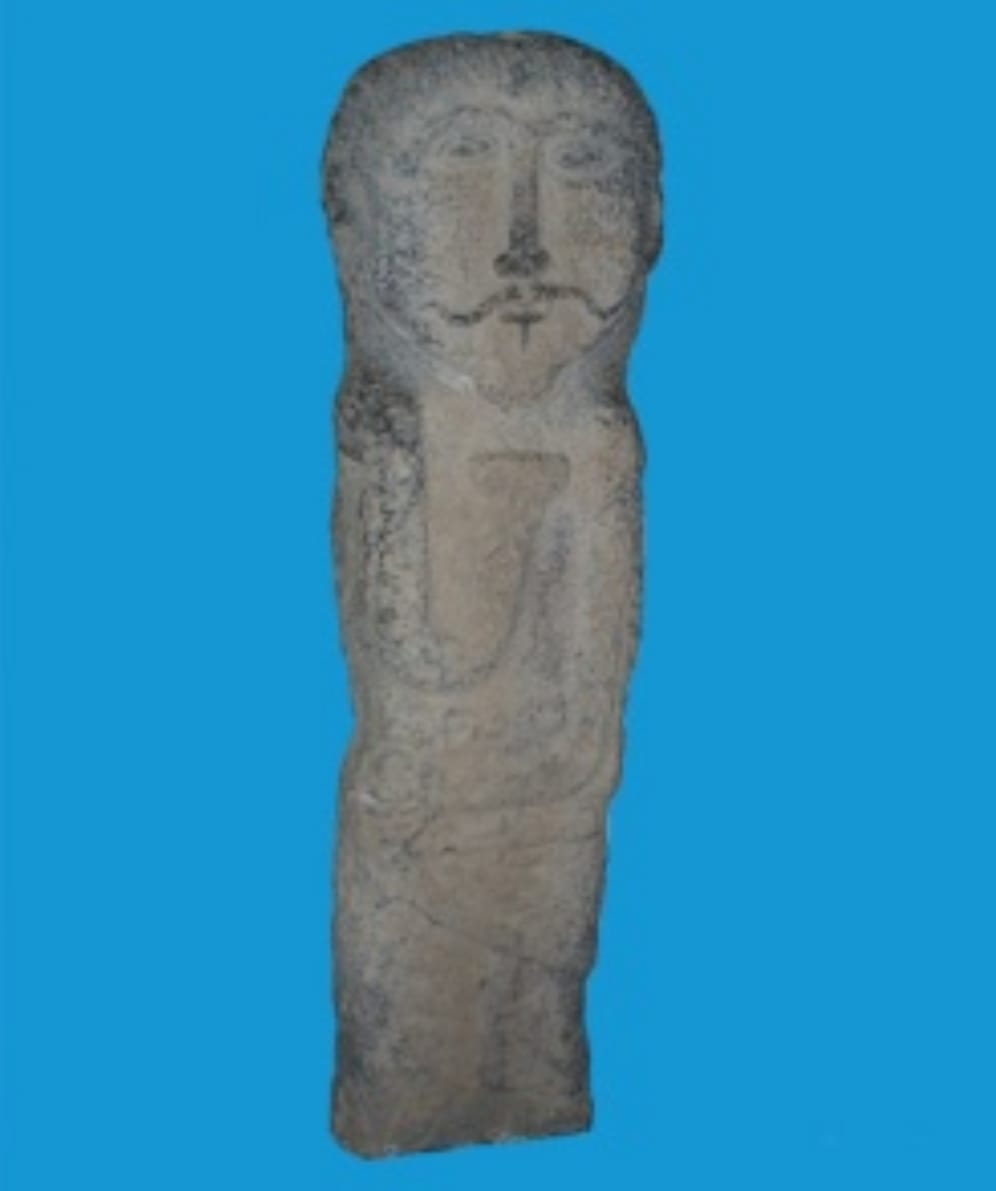 The face of the human figure is clearly depicted with eyebrows and nose, mustache, lips, ears and wavy beard. On the neck of the exhibit is a diamond-shaped amulet. Fingers are also shown. His right arm is bent at the level of his chest, and the vessel he is holding is also visible. His left hand is bent and squeezing the handle of the sword, which is slightly bent. The belt is marked in the form of round stickers, and there are boots on the ends.
A valuable artifact whose image tells the story of its time was found in the town of Otrar.
Read Previous

A well appeared in the mausoleum of Ukasha Ata

Minister of Culture and Sports Aktoty Raimkulova arrived in Turkestan on a working visit.