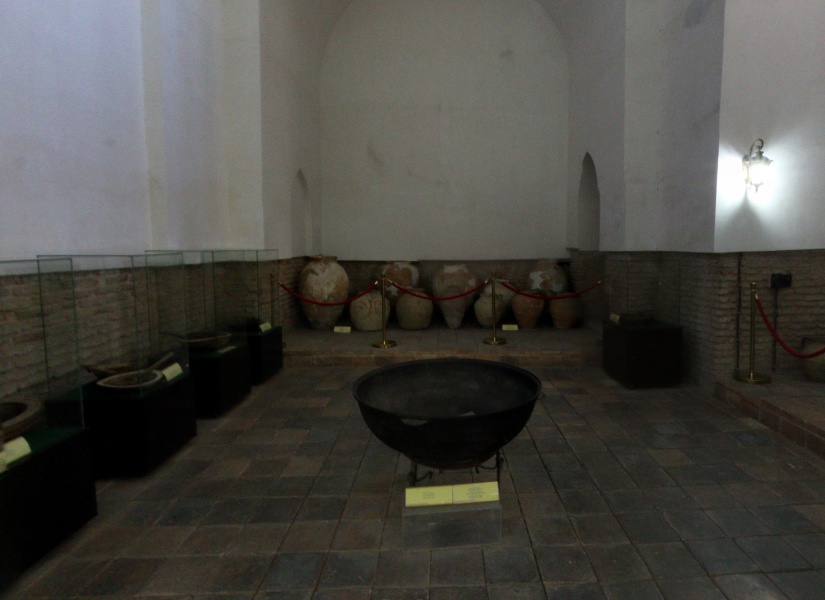 Halim khana (askhana), which served as the kitchen for preparing the ritual dish “Halim”, according to V.A. Gordlevsky – “ataala-koje.” The room is a large stove with two boilers. Until now, there are kept old wooden troughs on a stretcher – the “ball”, on which the jelly-like porridge was taken out to the kazandyk, where this special dish was distributed to the poor and wanderers. In the southeastern part of the building is a large domed room with a well in the center – Kuduk Khan.