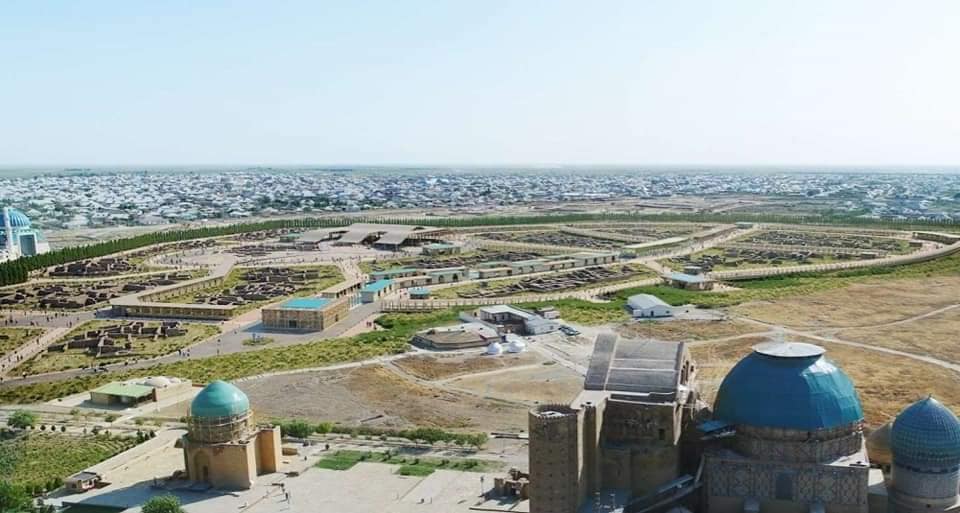 The state historical and cultural reserve-museum “Azret Sultan” of the Ministry of Culture and Sports of the Republic of Kazakhstan has started its work on live broadcast.

The first online meeting of a researcher of the reserve-museum of historical sciences Candidate, archeologist Tuyakbayev Marat Kymyzovich began his historical review of “Archaeological research in the Turkestan region.”

“The city and valley of Turkestan have been studied archeologically since 1893. Archaeologists divide this period into three periods: Russian scientists, scientists of the Soviet Union and the period of independence. The study of the mausoleum of Hodja Ahmed Yassavi began in 1865. 1582-1598). The actual scientific restoration work began in 1928. At present, the 11th repair and restoration work is underway, “Marat Kymyzovich said.

During the online meeting, the archaeologist told about the historical data discovered during the study of the city of Turkestan, archeological excavations, the importance of the excavations and answered questions from the audience. It’s worth noting that the Ministry of Culture and Sports has organized an online lecture and review on the Facebook page of the state historical and cultural reserve-museum “Azret Sultan”. specialists will be present. As well as, It is also planned to organize master classes with specialists of the International Research Laboratory for the preservation, protection and restoration of historical artifacts (fabrics, ceramics, wood, etc.).

Guides of the State Historical and Cultural Reserve-Museum “Azret Sultan” will organize an online tour of historical sites and exhibits and communicate with readers live.

Barracks, the end of the XIX century