About 50 valuable heritages have been transferred to the museum 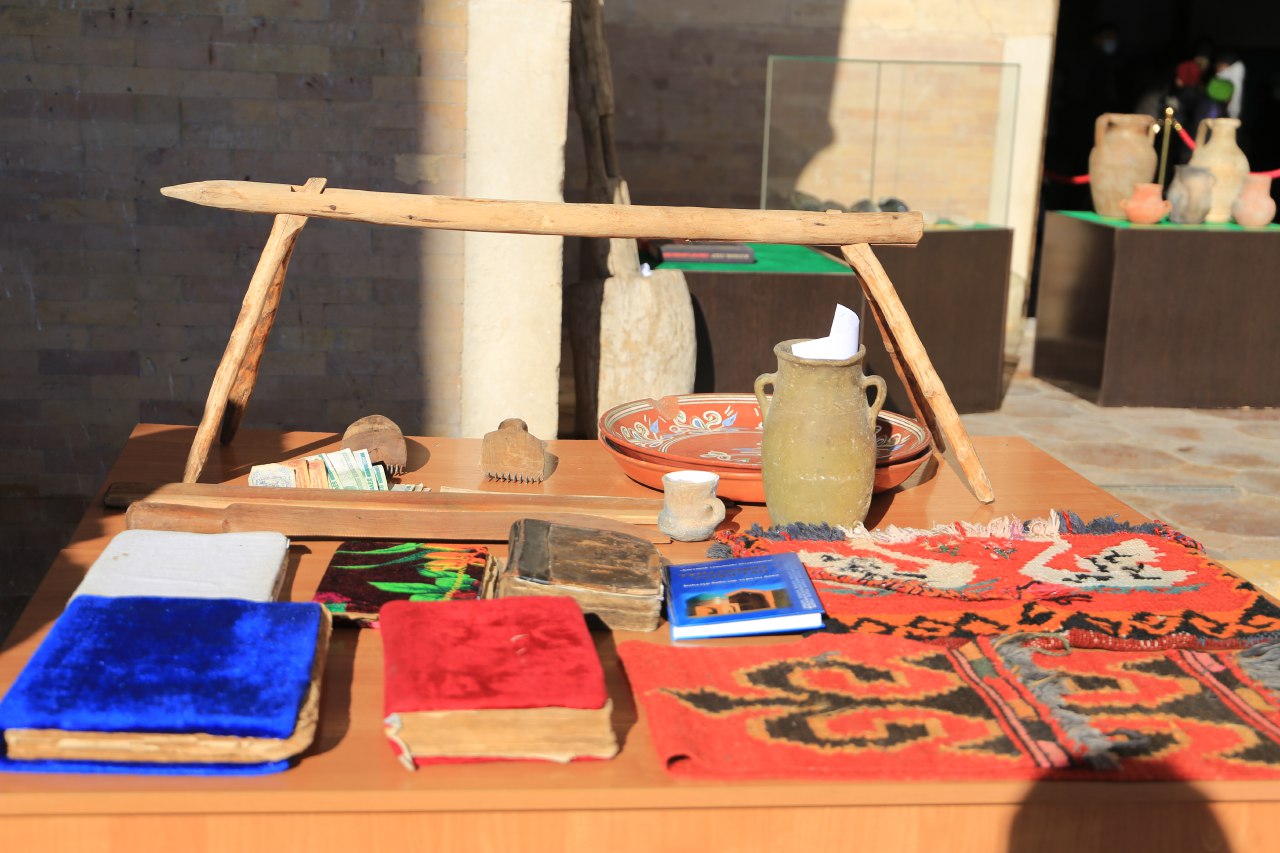 About 50 valuable heritages were handed over to the action, which history goes back to the famous Amir Temur. Among them are valuable manuscripts and ancient publications, as well as jewelry and household items made by craftsmen.

– “The exhibits collected in museums are the result of the achievements of the centuries-old civilization of the Kazakh people in material and spiritual life. Because it is known that the spiritual reality of any people is reflected in its material world. One of the main tasks of the museum staff is to replenish the museum fund, as well as the responsibility to pass on everything that is accepted to the museum to future generations.

In order to replenish the fund of the reserve-museum “Azret Sultan” in the campaign “Gift to the Museum” exhibits will be accepted in two directions. Valuable items are accepted as fixed assets, and exhibits that are used as an auxiliary tool for creating expositions and exhibitions are registered in the research assistant fund.

To date, 25,560 exhibits have been registered, of which 1,895 have been donated. Citizens from all over the country applied to take part in today’s event. Many valuables are received during the campaign. I would like to thank all the citizens who donate historical materials to the museum, – said Murat Tastanbekov, Deputy Director of the State Historical and Cultural Reserve-Museum “Azret Sultan”. 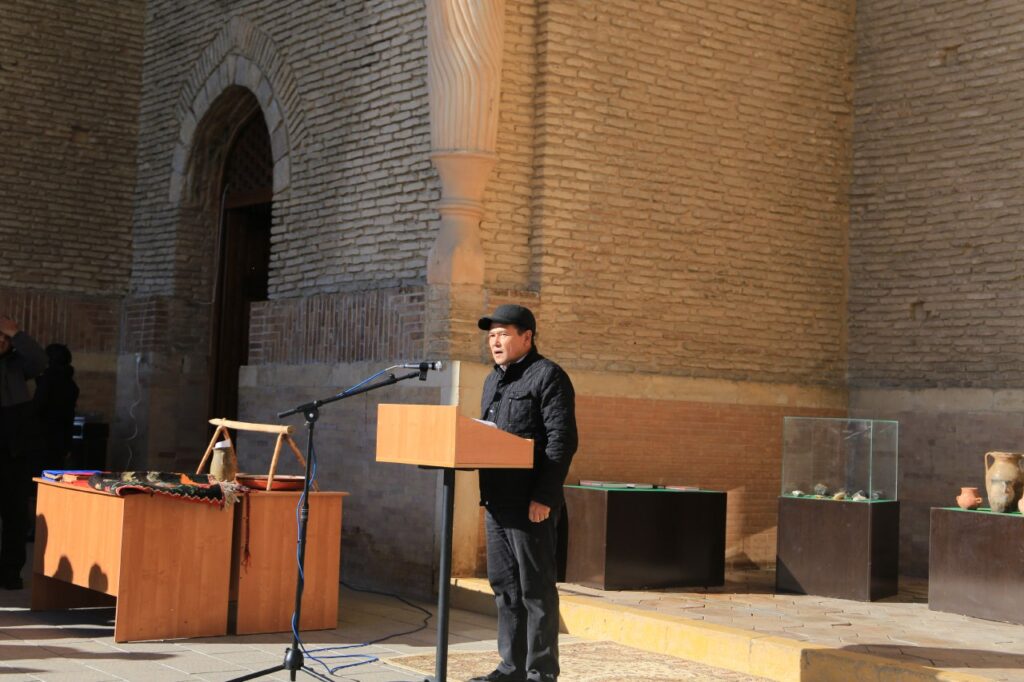 Aliakbar Artykovich Zhalilov, a resident of Turkestan, handed over 26 historical books inherited from teachers and ancestors during the “Gift to the Museum” campaign. These include the interpretation of the Quran, the “Story of the prophets” about the lives of the prophets, the hadiths of the Prophet Muhammad (peace be upon him), the work of the great Turkic poet and thinker Alisher Navoi, “Dalail Khairiyat” (evidence of goodness). ), “Bustan ul Shariat” (Sharighat Garden), books of Fiqh (Sharia) and “Ghiyasul Lugat” (Arabic-Persian dictionary), notes on the grammar of the Arabic language and several religious works.

Murat Raikhan, a resident of Turkestan, presented a silver ring made by masters of the western region of Kazakhstan, and Bayan Arystanova, a resident of Kentau, handed over to the museum a bag and yurt ornaments made by the Kazakh carpet weaving method, which were used by her mother Orynbasarova Nesipkul. In addition, Madina Akhmetova handed over the ancient pottery and wheat-millet for preservation as a museum exhibit.

Other historical artifacts donated to the museum include ceramic cups of the VII-IX centuries, 14 copper coins of the XIII century, jewelry, historical books and ceramics.

As part of the event, Almaty resident Talgat Shaimerdenovich handed over 2 wolf skins to contribute to the renovated exposition of the Great White House in the mausoleum of Khoja Ahmed Yasawi. 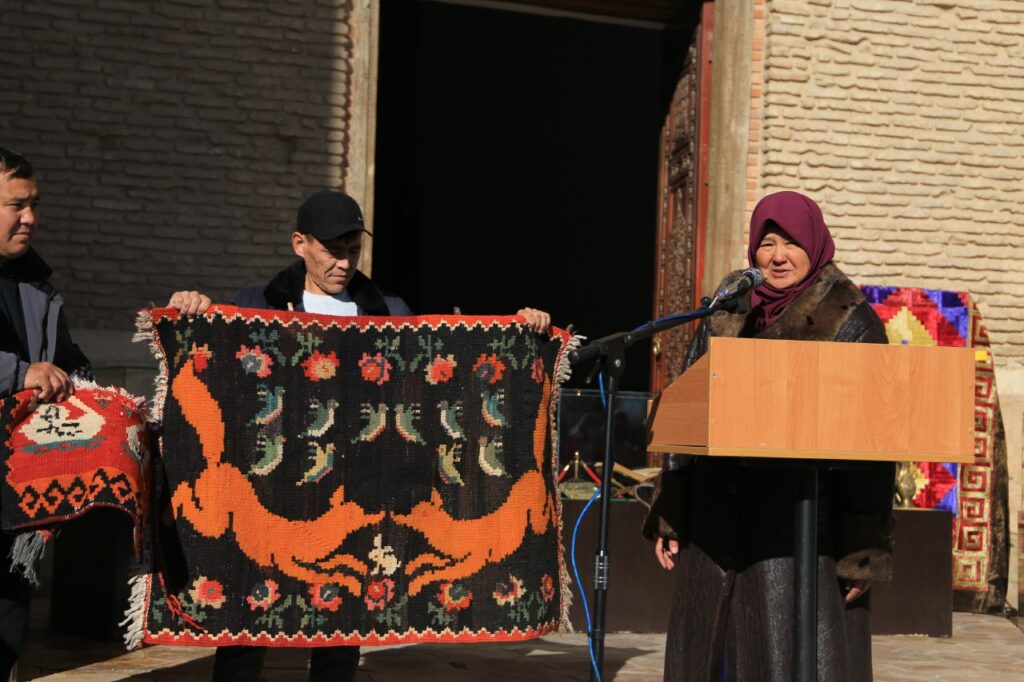 Also, the descendants of Beybauly batyr Uteyuly from Kostanay region, who buried in the mausoleum of Khoja Ahmed Yasawi, presented a valuable book about bi-batyrs who lived in Turkestan.

“There are many ways to replenish the museum’s fund. One of them is to hold public events and invite people to donate historical artifacts to the museum fund. Museum gifts have become a traditional event in museums around the world. Most of the funds of all the largest museums in the world and currently about 400 museums in Kazakhstan consist of gifts given to the museum. Cultural values donated by private citizens to museums are one of the most important foundations for collecting and replenishing museum funds.

The purpose of the awarding ceremony to the museum is not to lose the national historical and cultural heritage, to contribute to the professional preservation of historically significant and valuable objects, artifacts of great people of our nation, “said Nurzhamal Oryntaykyzy, chief curator of the reserve-museum..

Employees of the Reserve-museum also took an active part in the action of gifts to the museum.

Exhibition “Нistory of Turkіstan on Numismatic materials” opened in Turkistan